Kyanite Investment Holdings, a wholly-owned subsidiary of Singapore state investment firm Temasek, will make a partial offer to acquire an additional 30.55 per cent of shares in rig-builder Keppel Corp, for around S$4.1 billion ($3 billion). 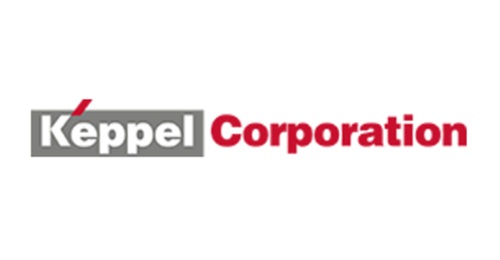 If successful, the partial offer will result in Temasek owning an aggregate 51 per cent in the struggling Keppel. Temasek directly owns 20.45 per cent of Keppel, which is battling the effects of low oil prices.
Temasek is offering Keppel S$7.35 per share in cash, subject to certain conditions. Temasek also said it planned to keep Keppel listed on the Singapore Stock Exchange (SGX-ST).
The offer price of S$7.35 per share is at a premium of approximately 26 per cent to the last traded price of the Keppel stock, and approximately 21 per cent above the three-month volume weighted average price, prior to and including the last trading date.
The partial offer represents an opportunity for shareholders to realise part, or potentially all, of their investment at a premium over the last traded price of the shares, Temasek said.
The preconditions for the partial offer include domestic and foreign regulatory approvals being obtained. The partial offer will only be made if and when each of the preconditions is satisfied or waived (at the discretion of the offeror). This process is expected to take several months, Temasek said.
As the Keppel group operates businesses globally, and in certain regulated industries, approvals from various regulatory agencies (both domestic and foreign) will be necessary or appropriate before the partial offer can be made.
The making of the partial offer is also subject to, among others, (i) the Keppel group’s financial performance and condition not deteriorating meaningfully over the period and (ii) where applicable, the consents of counterparties to material contracts which a Keppel group company is party to, being obtained.
Each of the pre-conditions must be satisfied or waived (at the discretion of the offeror) by 21 October 2020.
Keppel’s offshore and marine unit, and Sembcorp Marine, the two local players, have been hit by a prolonged downturn in the global sector in the last five years as oil prices tumbled.
Temasek said if the deal is completed, it would seek to work with Keppel’s board to undertake a strategic review of its businesses.
“The partial offer reflects our view that there is inherent long-term value in Keppel’s businesses, notwithstanding the challenges presented by the current business and economic outlook,” Tan Chong Lee, Temasek International’s president, said in the statement.
Keppel is involved in rig-building, property development, infrastructure and investments.
Both Keppel and Sembcorp Marine were among a host of firms caught up in Brazil’s wide-ranging “Car Wash” corruption probe. In late 2017, Keppel’s rig-building unit paid $422 million to resolve charges it paid bribes to secure contracts in Brazil, including with indebted Brazilian firm Sete Brasil.
Keppel and Sembcorp Marine said earlier this month they had reached settlements with Sete Brasil over longstanding contracts to build drillships and rigs.
MORE REPORTS