Telenor and TeliaSonera to merge Danish operations into equal JV

Nordic telecom operators Telenor and TeliaSonera have entered into an agreement to merge their Danish operations into a new joint venture, in which the two parties will own 50 per cent each. 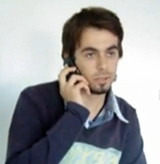 The merged entity will create a robust operator with a combined mobile subscriber base of around 3.5 million, subscriber market share of approximately 40 per cent, revenues of more than DKK 9 billion (£957 m/$1.5 bn) and significant synergy potential, Telenor stated in a release.

The consolidation in the Danish telecom market will help operators who have been facing continued pressure on revenues and profitability, limiting the room for investments and innovation. It will also help increase investments in networks and improve connectivity and performance to the benefit of customers, Telenor said.

The joint venture will also be in a better position to invest in attractive and user-friendly services. Combining the fixed networks and services of the two companies will create an even better broadband provider for Danish consumers and businesses, it added.

Telenor and TeliaSonera have been using a common telecom network in Denmark since 2012 and the two now feel an independent and full-function joint venture is the strategically preferred route to capture synergies and to create value.

"Competition in Denmark is intense and we face continued pressure on revenue growth and profitability, making consolidation inevitable. By combining the assets and customer bases of Telenor and TeliaSonera in Denmark, the joint venture will become a robust operator. We will be able to offer our customers a high-quality network with outstanding connectivity and the best customer experience in Denmark," says Kjell Morten Johnsen, EVP and head of Telenor in Europe.

"We are making a necessary and natural move by forming a joint venture with Telenor building on the network partnership we already have with them. By joining forces we can secure investments in Denmark, to the benefit not only of our customers but to the Danish society as a whole," said Robert Andersson, EVP and head of TeliaSonera in Europe.

The merger will result in annual efficiency gains worth DKr800m (£85m/$133 m) in distribution, sales and marketing and call centres, general and administrative costs and network and IT, while the integration costs are expected to be around DKr 800m during 2015-2017.

The board of the joint venture company will have balanced representation from Telenor and TeliaSonera. The board will have seven members, of which each party will appoint three members.  The chairman of the board will be appointed unanimously by the parties.

The two companies have started a recruitment process for a chief executive and the transaction is expected to close with EU approval, next year.

TeliaSonera AB is the dominant telephone company and mobile network operator in Sweden and Finland. The company has operations in 19 countries in Northern, Eastern and Western Europe, Central Asia and South Asia.

Telenor Group is one of the world's major mobile operators with 179 million mobile subscriptions. We have mobile operations in 13 markets and in additionally 14 markets through our ownership in VimpelCom Ltd.