More reports on: In the news, Management - general, Telecom 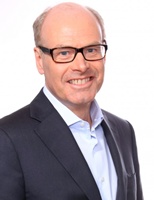 Sorby's nomination is subject to regulatory approvals. He will step into the new role just as Uninor reached cash flow break even at the end of 2013, as projected after only four years of operation, the company said in a statement.

A Norwegian national, Sorby had joined Telenor in 1993 and has been a member of the group's executive management team since 2003. Previously, he was executive vice president in charge of corporate strategy and regulatory affairs in Telenor Group.

''Uninor enjoys a firm market position in India as a leading mass-market, best-on-value operator. When Sorby now steps into the role as CEO of Uninor, he will meet an organisation that is highly energised, market-savvy and possesses a tremendous innovative spirit,'' said Jon Fredrik Baksaas, President and Chief Executive Officer of Telenor Group.

Uninor has more than 32 million customers in the country.

''Uninor's journey has just begun. We will continue to build on the company's competitive spirit and innovation skills to capture new ground, both in basic services and by providing affordable internet services to the masses,'' said Sorby.

''The strategy is clear and our model is proven. My job will be to deliver on this strategy alongside the management team and every single Uninor employee. I have actively contributed to the development of our India operations since we first entered in 2008, and now I look forward to joining the remarkable Uninor organisation,'' he added.