The Reserve Bank of India (RBI) has opposed Tata Group's latest agreement with Japan's NTT DoCoMo to annul their joint venture contract in a $1.18-billion settlement, stating that their original contract entailing the 'put' (buyback) option was illegal. 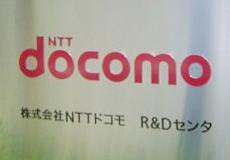 Tata Sons Ltd had last week agreed to pay Japan's NTT DoCoMo about $1.18 billion as compensation to settle the long-standing dispute over the termination of the latter's investment in a joint venture with Tata Teleservices in India.

The parties have reportedly opted for an out-of-court settlement, following which, Tata Sons has withdrawn its application against DoCoMo in the Delhi High Court.

The Japanese company in turn had agreed to suspend all legal proceedings against Tata Sons in the US and UK jurisdictions for the next six months.

The two companies have also decided not to oppose RBI's intervention in the matter.

On Wednesday, however, the RBI told the Delhi high court that the settlement deed cannot be implemented as the buyback option in the original Tata Sons-DoCoMo contract contravened Indian laws. The central bank also said that the payout from the Indian telco to the Japanese company involves transfer of shares under an illegal agreement.

DoCoMo, after ending its mobile phone services joint venture with Tata Teleservices, decided to exercise its 'put' option, asking Tata Sons to buy back its 26.5 per cent stake in Tata DoCoMo as per the terms of the original contract. As per the contract, DoCoMo should get back a minimum 50 per cent of its $2.36 billion investment (ie, about $1.18 billion), made in 2009 if it decided to exit the joint venture.

Under the terms of the joint venture deal, in the event of an exit, DoCoMo was guaranteed the higher of either half its original investment, or its fair value, which is disputable.

When DoCoMo decided to quit the JV in 2014, Tata Tele was unable to find a buyer for the Japanese firm's stake and offered to buy the stake itself for half of DoCoMo's $2.2 billion investment.

However, the deal got stuck as the Reserve Bank of India blocked Tata's offer, saying the rules prevented foreign investors from selling stakes in Indian firms at a pre-determined price.

RBI had opposed the deal pointing out that Indian rules do not allow a guaranteed exit price to a non-resident investor.

Docomo initiated arbitration in a London court and won it. Tata was asked to pay a penalty of $1.17 billion, which it has deposited with the Delhi High Court.

As per the revised deal, Tata Sons will pay compensation, a substantial part of it being routed overseas, within a legal framework permitted by the RBI. DoCoMo will withdraw all cases against the local partner in US, London and Delhi jurisdictions.

The payment may be routed through the Indian group's funds or assets parked abroad. The dispute resolution was spearheaded by Ratan Tata, who briefly returned as Tata Sons interim chairman following the ouster of Cyrus Mistry in October last year. Former TCS chief N Chandrasekharan's assumption of charge as group chairman has facilitated a smooth resolution of the dispute.

Interestingly, Tata Group chairman N Chandrasekaran is on the central bank's board of directors.