Tata Steel today said the European Commission discussed the proposed joint venture with both Thyssenkrupp and Tata Steel and has indicated that without substantial divestments from both parties, it will not be approving 50:50 the joint venture. 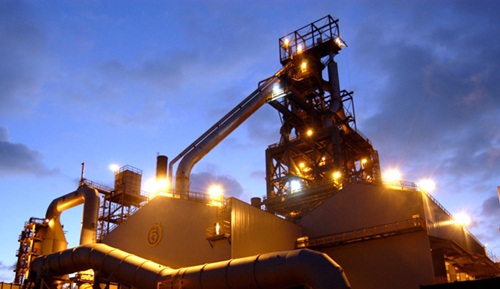 “Based on the feedback received from the Commission, it is increasingly clear that the Commission is not intending to clear the proposed joint venture as it expects substantial remedies in the form of sale of assets of the proposed venture,” Tata Steel stated in a press release titled `Feedback from European Commission on the proposed steel joint venture between Thyssenkrupp and Tata Steel in Europe.’
The two companies had agreed last year to combine their steel operations in Europe to form the region’s second-biggest steelmaker and had offered substantial remedies to address the Commission’s fears of threat to competition.
Both Tata Steel and Thyssenkrupp have also been in intense engagement with all regulatory authorities and in particular the Commission to seek clearance for the joint venture.
Tata Steel said based on the `Statement of Objections’ published by the Commission, the two companies had proposed a comprehensive package of remedies covering all the areas of concern highlighted by the Commission.
The company said the remedies offered were developed on the basis of the overall industrial strategy for the proposed joint venture, the integrated and complex nature of the supply chain to service customers and the need to build a sustainable business which would be able to endure the structural challenges faced by the European steel industry.
However, the feedback from the Commission based on the market test it has undertaken suggests that it is unlikely to clear the proposal in spite of the significant remedies offered, Tata Steel stated.
“Both Thyssenkrupp and Tata Steel believe that any further commitments or improvements to the remedy package would adversely affect the basic foundation of the proposed joint venture and the intended synergies arising from the merger to such an extent that the economic logic of the joint venture would no longer be valid and its fundamental sustainability would be severely impacted. Hence both partners are unable to offer any further remedies to the Commission to meet its requirements. Consequently, the partners assume with deep disappointment that the European Commission will not approve the joint venture,” Tata Steel stated in its release.
Tata Steel and Thyssenkrupp signed definitive agreements on 30 June 2018 combining the steel businesses in Europe to create a 50:50 pan European joint venture company focusing on customer centricity, technology and sustainability.
While the proposed joint venture was an important strategic initiative for Tata Steel to create a sustainable portfolio in Europe that would have also helped to de-consolidate the European business and de-leverage its balance sheet, Tata Steel said it remained committed to the strategy and would explore all options to achieve similar outcomes in the future.
Currently, around two third of the business of Tata Steel is India based with best in class competitiveness and a focused growth strategy. With the commissioning of the 5 million tonnes per annum Phase 2 of Kalinganagar in the next 30 months with value added product mix, Tata Steel's share of business along with its profitability will increase further. The India business therefore is well positioned to continue to enhance its earnings and cash flow performance levels from that achieved in 2018-19 with extensive market reach, strong brands, differentiated products, enhanced asset base post Kalinganagar expansion and a strongtalent pipeline.
While pursuing the end state strategy for the European business in the near term, Tata Steel will also continue to focus on its performance management to enhance its earnings and cash flows to build a sustainable and self-sustaining future for the business. Tata Steel has also undertaken significant de-leveraging in the last six months and would continue to pursue the same through internal cash generation and asset sales, the company stated in a compliance release in accordance with the Securities and Exchange Board of India (Sebi) listing regulations.
MORE REPORTS