The European Commission is planning an in-depth probe into the planned merger of European operations of Germany’s Thyssenkrupp AG and India’s Tata Steel Ltd into a joint venture company with 50:50 ownership, over concerns that the deal could reduce competition in the supply of various high-end steels. 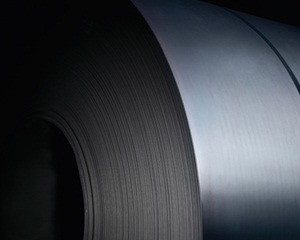 The European Commission is reported to have stated that its initial probe “raised several issues,” especially relating to combining the companies’ offer of “certain specialty flat carbon steel and electrical steel products.”
Tata Steel said the company and partner Thyssenkrupp have been engaging the European Commission over the past few months to provide information in relation to the businesses which would be part of this joint venture. Following pre-notification engagement with the EC, both parties notified the proposed joint venture to the EC on 25 September, the company stated in a release.
On 30 October, in line with the expected timelines of the merger review process, the EC announced that it will undertake a Phase II review of the merger proposal and will investigate certain areas of preliminary competition concern.
Tata Steel said it has noted the EC’s concerns and will continue its discussions with the EC, including providing further information and analysis, especially in relation to sectors they have identified, to secure approval for the proposed joint venture.
“We will carefully investigate the impact of the planned combination of Tata Steel’s and ThyssenKrupp’s steel businesses on effective competition in the steel markets,” EU Antitrust Commissioner Margrethe Vestager said in the statement.
The companies reached a final agreement in June after talks over the venture had dragged on for more than a year and faced opposition from labor representatives, as well as activist shareholders.
The company, under the proposed name of Thyssenkrupp Tata Steel BV, would focus on high-quality flat steel production, the companies had said.
The EU move comes as steelmakers are already struggling with trade barriers.
EU has set 19 March 2019 deadline to issue final ruling on deal.
Currently, four European steelmakers - Arcelor, Thyssen, Tata and Voestalpine - provide steel for the auto industry.
Tata Steel said the two partners believe in the strong industrial logic and rationale for the proposed joint venture, and regard it as the optimal outcome for the future of its European steel business as well as for wider stakeholders in the European steel industry.
The business combination is envisioned as a structurally robust, sustainable and competitive company, which will be a reliable, efficient and technologically strong partner for its customers. We also remain committed to continued constructive engagement with the EC in the following months as part of the next phase of this review process.
MORE REPORTS