Tata Steel has seen its consolidated net profit for the April-June 2018-19 quarter more than double to Rs1,934 crore from Rs921 crore in the corresponding quarter of the previous fiscal. 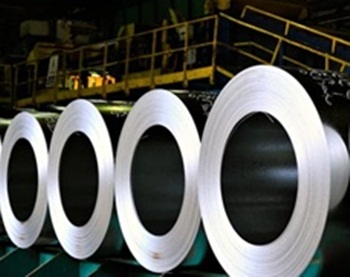 India’s largest private-sector steel producer also witnessed a 13.8 per cent year-on-year increase in revenues to Rs16,405 crore, while EBITDA for the quarter jumped by 75.2 per cent to Rs5,118 crore.
Consolidated net profit (after-tax) stood at Rs1,934 crore compared to Rs14,688 crore in 4QFY18, which included exceptional gain of Rs11,376 crore.
Standalone deliveries grew by 7.9 per cent year-on-year to 2.97 million tonnes. Standalone revenues increased by 13.8 per cent year-on-year to Rs16,405 crore. Standalone EBITDA stood at Rs5,118 crore with a margin of 31.2 per cent compared to Rs2,922 crore in the year-ago quarter. EBITDA per tonne increased to Rs17,252. The liquidity position of the group remains robust with approximately Rs24,984 crore comprising Rs13,086 crore in cash and cash equivalents and Rs11,899 crore in undrawn bank lines.
Total deliveries grew 7.9 percent year-on-year to 2.97 million tonnes in April-June 2018-19; domestic deliveries grew 13.7 per cent year-on-year, much stronger than 9.2 per cent overall steel demand growth in India. The volume growth was broad based and across segments despite a seasonally weaker period.
Sales in the automotive segment increased by 49.5 per cent year-on-year while sales of branded products, retail and solutions segment grew 11.6b per cent. Industrial products and projects segment sales grew 36.6 per cent YoY with 67.6 per cent YoY growth in engineering sub segment.
Total revenues increased 13.8 per cent YoY to Rs16,405 crore. EBITDA for the quarter jumped by 75.2 per cent YoY to Rs5,118 crore, on account of better realisations and improved operational efficiencies. EBITDA margin for the quarter was 31.2 per cent.
Tata Steel said an exceptional charge of Rs335 crore was incurred primarily for provision of additional interest on differential royalty on coal.
“Tata Steel remains focused on operational efficiencies and minimising environmental impact,” the company stated.
“The performance in this quarter has been very strong and Tata Steel India delivered a stand out performance of 31% EBITDA margin on the back of strong underlying business performance and improved market conditions,” said Tata Steel executive director and chief financial officer Koushik Chatterjee.
“This reflected in the financial results of the company with Tata Steel India EBITDA at ?5,118 crore, implying an EBITDA per tonne of ?17,252 and quarterly EBIDTA of Tata Steel Europe at ?1,666 crore registering an EBITDA per tonne of ?6,801. Our quarterly consolidated EBITDA grew 33% YoY and increased to ?6,559 crore, with an EBITDA margin of 17%,” he said.
On 18 May, Tata Steel had acquired Bhushan Steel Ltd under the Insolvency and Bankruptcy Code. The process of consolidation of accounts is complete, said Tata Steel chief executive officer and managing director TV Narendran. The synergies between the two companies have started with extra slabs from the Bhushan Steel plant going into Tata Steel, while the former benefits from the coal procurement and product shipping lines within Tata Steel.
Tata Steel has also thrown its hat in the ring for the stressed assets of Bhushan Power and Steel, which will witness another round of bid revisions. “For us Kalinganagar is very important, Bhushan Steel integration is very important. But we can’t break our head over this (revision of bids). How many times will we go in the fire? The first time we were declared the highest bidder, then someone comes along and we have to go through these rounds,” said Chatterjee.
“The process has changed, we haven’t changed our position. This is not a battlefield, it’s an acquisition. We will continue to grow but we will acquire at a cost that is fair,” he said.
Regarding Tata Steel’s joint venture with Thyssenkrupp, Narendran said: “We are working on seeking all relevant approvals for our 50:50 JV with Thyssenkrupp for our European business and look forward to a strong and sustainable business.”
MORE REPORTS