Tata Steel is reported to be close to striking a deal with the UK government to keep its British steelworks rather than sell it off, which would secure the future of 11,000 workers, UK media reports said on Friday. 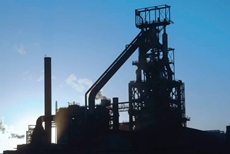 Tata Steel UK, which completed the sale of its long products Europe business to Greybull Capital, is believed to be in talks to clinch a loan worth nearly 1 billion pounds and a restructuring of the British Pension Scheme after no potential bidder could guarantee keeping the plants running for more than three years.

"They have never stopped negotiating about staying. If everything works out they will stay," the Guardian quoted a source close to the company as saying.

UK business secretary Sajid Javid, who is leading UK government efforts to rescue thousands of steel jobs in the country, has previously said the government is willing to offer hundreds of millions of pounds to a buyer of Tata Steel UK and restructure the pension scheme, which has piled up liabilities of almost 15 billion pounds.

The pension fund needs more than 100 million pounds a year to support - a burden that no buyer wants to assume.

The UK government has also offered to take 25 per cent stake in the business, although Tat Steel is not very happy with the offer.

Also no bidder has come up with a viable revival plan for its UK business, especially the flagship Port Talbot plant in Wales.

A report in 'The Financial Times' claims none of the bidders - neither Sanjeev Gupta's Liberty House nor London-based investment firm Greybull Capital - has come up with a viable ownership plan for the Port Talbot site.

"Nobody could give them a guarantee that they would stay for more than two or three years.

That is one of the reasons Tata has decided to stay. They don't want to be blamed for selling it short," a source told the newspaper.