Tata Steel has raised $1.5 billion (Rs9,000 crore) in a dual-tranche bond sale in the international market, making it the largest such deal by the Tata Group company, according to a PTI report citing sources. 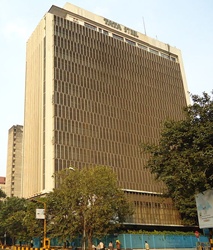 The money was raised by the Singapore arm of Tata Steel - ABJA Investments - and the issue got oversubscribed to the extent of nearly $9 billion, according to the news agency's merchant banking sources.

The dual tranche RegS bonds include $500 million of 5.5 year-paper priced at 4.85 per cent over the US treasury, and the remaining $1 billion has a tenure of 10 years carrying a coupon of 5.95 per cent.

The company could not be reached for comments.

The Tata Steel issue is the second-largest bond issue from the country after the issue rom ONGC Videsh, the international arm of oil major ONGC, earlier this month had mopped up a whopping $2.3 billion in a dual tranche issue (See: ONGC raises $2.2 bn in India's largest overseas bond sale).

Tata Steel, which is the top producer of the alloy in the country, has been trying it pare its huge debt to lower interest costs and has a headroom to raise $3.2 billion for debt repayment through refinancing.

The company has to repay $5 billion worth of debt by the end of 2015. According to the balance sheet, the company has over $14.4 billion of bonds and loans outstanding.

It can be noted that after struggling for years, the domestic business of the company turned around last fiscal, but its larger international subsidiary Corus or Tata Steel Europe has been a drain on the company ever since it bought out the struggling Anglo-Dutch steel maker in March 2008 for $12.04 billion.