Tata Motors reported the worst performance in a decade during the April-June quarter, registering a loss of Rs1,863 crore as sales at Jaguar Land Rover, its UK-based subsidiary, plummeted hit by a one-time regulatory issue in China. Tata Motors had posted a profit of Rs3,200 crore in the corresponding quarter last year. 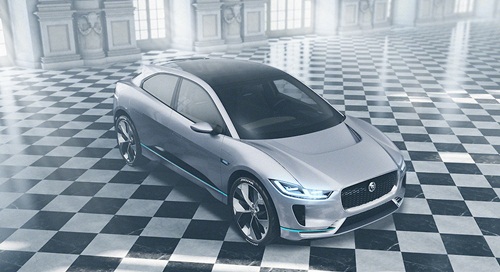 A weak JLR show also pulled down Tata Motors’ consolidated revenue for the April-June 2018-19 quarter to Rs67,000 crore. Sales grew 14 per cent led by strong volumes in India, both for the commercial and passenger vehicle segments, although on a lower base.
A strong performance at Tata Motors’ domestic business, which posted a net profit of Rs1,188 crore during the quarter, failed to offset losses at JLR, which stood at £210 million pounds against revenue of £5.2 billion pounds, down 6.7 per cent year on year.
JLR’s wholesale volumes (to distributors) were down 5 per cent year-on-year, amidst destocking and testing related issues
Sales in China, its biggest market, were hit by a reduction in import duty from 25 per cent to 10 per cent on 1 July and planned dealer stock reduction in other markets. The duty cut in turn forced the company to introduce attractive pricing which impacted realisation and margins.
Earnings before interest and taxes (EBIT) margins at JLR’s China JV came down by 2,200 basis points to 13 per cent, which dragged overall JLR margins to (-) 3.7 per cent against a margin of 1.2 per cent in the year-ago period.
A combination of lower operating margins, foreign exchange fluctuation and a higher share of cheaper models in the overall sales mix pulled down consolidated margins to 7.5 per cent, the lowest since September quarter of 2008-09.
P B Balaji, chief financial officer, Tata Motors, however, said the company was confident of retaining the margin guidance of 4-7 per cent for the near-to-medium term. “The first quarter has traditionally been a weak one for JLR and fourth quarter, the strongest,” he added.
Balaji cited a strong order book of three to five months for upcoming models, including Range Rover Sport and I-PACE and continuing strong retail sales. He also pointed to a strengthening of the pound sterling against the dollar.
“JLR is preparing for the worst-case scenario,” said Balaji, adding, JLR will do whatever it takes to get the operating leverage back.
Much will depend on how the Chinese market, JLR’s mainstay, bounces back after the unexpected duty cut and how the European and US market reshapes post Brexit.
But, given the weak demand in the US, diesel-related issues in the UK and the European Union, uncertainty related to Brexit and rising trade wars, it will become difficult for the company to achieve strong volume growth.
The Birmingham-based automaker expects electric vehicles to constitute 20 per cent of its overall volumes over the medium term. But, with the new technology, volumes and profitability are bound to fall compared to the existing internal combustion engine-based portfolio.
Given the performance in the quarter and headwinds ahead, analysts believe it will be an uphill task for the company to meet its near-term margin guidance for JLR.
MORE REPORTS