Tata Motors reported an after-tax (net) profit of Rs2,236 crore for the first quarter of the current fiscal ended 30 June 2016, logging an year-on-year drop of 57 per cent from a profit of Rs5,254.23 crore in the year-ago quarter. 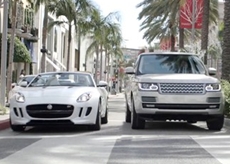 For the quarter ended 30 June 2016, Tata Motors, however, reported consolidated revenues of Rs67,056 crore against Rs61,510 crore for the corresponding quarter of the previous year, according to the company's BSE filing.

The company said the higher volumes in both standalone as well as Jaguar Land Rover business were more than offset by the adverse forex impact of Rs2,296 crore and adverse commodity derivatives impact of Rs167 crore in the operating profit, mainly in JLR business.

Profit before tax (before exceptional item) for the quarter stood at Rs2,066 crore, against Rs6,340 crore in the corresponding quarter of the previous financial year broadly.

Further, exceptional items for the quarter includes further recoveries of Rs478 crore (£50 million) on account of the Tianjin incident, which happened during the year ended 31 March 2016.

After exceptional items, consolidated profit before tax for the quarter was Rs2,551 crore, against Rs6,974 crore for the corresponding quarter last year.

During the quarter, all the segments of the company witnessed growth – M&HCV grew by 7.8 per cent year-on-year, LCV segment grew by 11.6 per cent, passenger vehicles segment by 6.3 per cent (with car segment growth of 15.1 per cent) on the back of strong response to the recently launched Tiago.

Revenues for the standalone business for the quarter ended 30 June 2016 stood at Rs11,276 crore, against Rs10,272 crore for the corresponding quarter last year.

Overall retail sales were up in all regions reflecting strong sales of the Discovery Sport, XE and the new F-PACE – North America up 17 per cent, UK up 18 per cent, China up 19 per cent, Europe up 16 per cent and overseas markets up 6 per cent.

The operating performance in the quarter, however, was offset by adverse FX impact of £207 million, including revaluation of £84 million, mainly euro payables resulting from depreciation in the pound following the `Brexit' vote. EBITDA margin, excluding the FX revaluation, was around 14 per cent.

Further, the operating profit for the quarter was also impacted by lower local market incentive as compared to the corresponding quarter of the last year.

Exceptional income during the quarter includes further recoveries of £50 million pertaining to Tianjin Port incident which happened during the year ended March 31, 2016.

Higher depreciation and amortization were partly offset by higher China JV profitability whose share of profit in Q1 FY17 was £45 million.

Tata Motors Finance Ltd, the company's captive financing subsidiary, on a consolidated basis registered net revenue from operations of Rs693 crore and reported a profit after tax of Rs19 crore for the quarter ended 30 June 2016.