The Supreme Court today provisionally allowed TVS Motor Co to manufacture and sell its 125-cc 'Flame' motorbike with twin-spark plugs, a technology for which Bajaj Auto claims to hold patent. 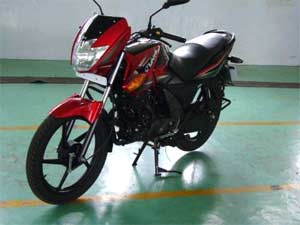 However, the last word on the case has not been heard, as a bench headed by Justice Markandey Katju referred the matter back to a single judge of the Madras High Court for day-to-day hearing, and ordered that the matter be decided before 30 November.

The apex court also ordered the High Court to appoint a receiver who will keep record on sales of Flame across India. It added that the single judge should not be influenced by any observations made by the Supreme Court or the division bench of the Chennai high court.

Bajaj had taken TVS to court alleging that south India based auto maker infringed its patent for twin spark plug engine technology. Bajaj said that it was granted the Indian patent for its invention, titled "an improved internal combustion engine working on the four stroke principle", on 16 July 16.

In a statement after the ruling, Bajaj Auto said is awaiting the full order of the country's top court, it said. ''In our understanding, the Supreme Court order has not accepted the view of the Chennai high court in May 2009 that TVS didn't infringe the patents,'' it added.

Bajaj Auto has been battling TVS Motor since 2007 over the patent for an engine that uses two spark plugs simultaneously. Bajaj says TVS copied its engine technology, which gives superior performance.