After 12 deaths in two days of police firing and months of protest by pollution-hit villagers, the Tamil Nadu Pollution Control Board (TNPCB) today ordered the closure of Sterlite Copper smelter in Thoothukudi with immediate effect and disconnected electricity supply to the unit early today. 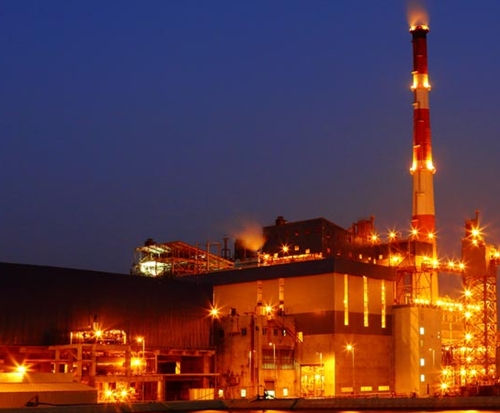 TNPCB chairman issued the closure order yesterday and power supply to the unit was cut off at 5.15 am today, sources said.
The Board took cognisance of the application made by Vedanta Ltd seeking renewal of the `consent to operate’ (CTO) and the rejection of the application in April for non-compliance of certain conditions under the previous CTO.
While the smelter was supposed to remain shut, the TNPCB order noted that during inspections undertaken by its officials on 18 and 19 May, it was found that “the unit was carrying out activities to resume production operations.”
Following this, the joint chief environmental engineer, Tirunelveli, recommended disconnection of electricity supply to the plant.
The TNPCB ordered the closure and disconnection of electricity supply under provisions of Section 33A of the Water (Prevention and Control of Pollution) Act, 1974, and Section 31A of Air (Prevention and Control of Pollution) Act, 1971.
The immediate cause for the shutdown was the killing of 12 protesters in police firing in the last two days in Thoothukudi (See: 11 killed as police open fire at anti-Sterlite protesters in TN's Thoothukudi).
The Madurai bench of the Madras High Court has ordered a halt to the construction of the second unit of Vedanta Group’s Sterlite Copper plant at Thoothukudi after days of protests and yesterday’s police action that resulted in the death of at least 11 protestors (Madras HC halts Sterlite's expansion in Thoothukudi).
The court order comes amidst a massive backlash against the use of force against protestors in Tamil Nadu's Tuticorin on Tuesday, and forces once again resorting to firing that killed one and injured another two.
On Wednesday evening, the Tamil Nadu government invoked a “public emergency” and asked internet service providers to cut off services for 5 days in Thoothukudi, Tirunelveli and Kanniyakumari districts, to prevent spread of provocative messages on social media by anti-social elements.
"The plant has been shut down for the past two months. Why has the issue just cropped up?" a CNBC report quoted Sterlite Copper CEO P Ramnath as saying, adding that nefarious elements have infiltrated the villages.
Ramnath agreed that there have been certain incidents causing pollution in the initial years, but noted that the Supreme Court had allowed the company to operate.
Ramnath further said the company management has been staying near the plant for the past 20 years, has engaged with the local community and ensured 70 per cent jobs are from Tamil Nadu. Ramnath said the company certainly needed to step up the activity and engage with locals in Tuticorin.
Sterlite’s 4,00,000 tonne copper smelter, first proposed to be set up in Tuticorin in 1995, was rejected by three states — Gujarat, Goa and Maharashtra — before it was finally allowed to set up in Tamil Nadu.
According to Delhi-based think tank Centre for Science and Environment (CSE), the smelter plant due to its ‘potential of creating environmental hazards’ could not find favour with the three states. Also, Sterlite had allegedly “flouted norms by misrepresenting facts” to get final nod for its operation in Tamil Nadu.
CSE alleged the company gave a faulty environmental impact assessment (EIA) report while taking environment clearance (EC).
The plant is located within 25 km of ecologically sensitive area, as the plant is located near Munnar Marine National Park. The company also submitted a faulty rapid EIA report without conducting any public hearing.
The plant also has a history of polluting the environment. In March 2013, a toxic gas leak from the plant made several hundred residents living in its vicinity sick. Since then, the TNPCB had ordered a closure of the smelting unit on 29 March, but the principal bench of the National Green Tribunal gave a clean chit to Sterlite and revoked the closure order based on technicalities.
“Considering the history of this plant, the residents were justified in protesting the expansion. This plant has polluted the environment and flouted standards with impunity for the past 20 years”, said Sunita Narain, director general of the CSE, while condemning the killing of protesters.
MORE REPORTS