SoftBank sees 50-fold rise in net profit at $2.8 bn on back of Flipkart deal

Japanese technology company SoftBank said on Monday its net profit had soared more than 50-fold from a year earlier to ¥313.7 billion ($2.8 billion) in the latest quarter thanks to gains in its main investment fund. 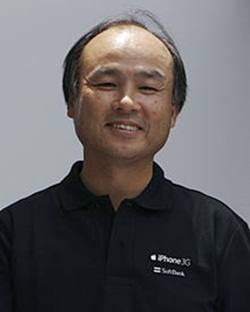 SoftBank chief executive Masayoshi Son
The Masayoshi Son-led conglomerate showed a gain of ¥164.25 billion (around $1.48 billion) on its balance sheet due to an increase in the fair value of its stake in Flipkart, translating to 60 per cent return on its investment last year in the Indian ecommerce firm. The value of the fund's stake in Flipkart increased after Walmart agreed in May to buy it for around $4 billion.
SoftBank has also set aside ¥71.75 billion (around $648 million) in taxes to be paid as short-term capital gains to the Indian government, representing 43.68 per cent of its total gain from the Flipkart exit, as the sale would happen within 24 months of its initial investment in the company. SoftBank had invested $2.5 billion in the Bengaluru-headquartered company in August 2017.
The SoftBank Vision Fund rose in value by ¥244.9 billion, driven by higher valuations for its holdings in Flipkart and American shared office provider WeWork..
Sales were flat at SoftBank's US mobile provider Sprint, dropping 0.4 per cent to $8.1 billion.
The Tokyo-based company realized a one-time gain of ¥161.3 billion from the sale of a large share in the Chinese operations of its British-based Arm Holdings semiconductor business to Chinese investors.
SoftBank's profits slumped to ¥5.5 billion \in the April to June quarter last year on losses from its investment in Chinese e-commerce company Alibaba.
SoftBank, which entered into a deal with Walmart on 9 May to sell its stake in Flipkart, did not however give any clarity on when the transaction would be closed. Walmart is investing $16 billion in Flipkart for a 77-per cent stake.
“The increase in the fair value of Flipkart was recognised to reflect the expected sales value of approximately $4 billion pursuant to the agreement SoftBank Vision Fund entered into on May 9, 2018, to sell all of its shares to Walmart,” Softbank said in its consolidated financial report for the quarter ended June 30.
SoftBank reported a 49-per cent increase in its operating profit ¥715 billion ($6.45 billion) for the first quarter, compared to a profit of ¥479 billion ($4.32 billion) in the corresponding quarter last year. Of this, the SoftBank Vision Fund reported an operating profit of ¥245 billion ($2.21 billion) largely driven by the increase in Flipkart’s valuation.
Although there was speculation that SoftBank may defer sale of its stake in Flipkart until the end of the two-year investment period to avoid paying short-term capital gains tax, the latest disclosures have given clarity on the company’s plans. Being the largest investor in Flipkart, SoftBank is said to have been pivotal in defining the terms of Walmart’s investment in the e-commerce company, including pushing for a valuation of $20 billion in the secondary market.
SoftBank has emerged as the largest backer of the Indian startup ecosystem — even larger than Tiger Global or Naspers — having invested over $8 billion in the country so far, although two of the company’s high profile investments here — Snapdeal and Housing.com — have not worked out.
During a meeting with Prime Minister Narendra Modi in October 2014, SoftBank chief executive Masayoshi Son had said that India was the top most priority for him and the company would invest $10 billion in the country by 2024. However, given the current pace of its investment, SoftBank is expected to hit that target much earlier.
Apart from Flipkart, the Japanese firm has backed India’s largest digital payments firm Paytm, ride hailing firm Ola, budget hotel room provider Oyo, digital ads company InMobi and a few others.
Chief executive Son has said he aims to prepare SoftBank to grow continuously for 300 years based on a strategy of investing as a strategic holding company across a spectrum of industries that are leading the "Information Revolution."
That approach has led SoftBank minority investments in companies ranging from a hotel network and trucking logistics to used auto sales and a real estate technology platform.
It also owns British semiconductor company ARM, an innovator in the "internet of things," and a Japanese baseball team, the SoftBank Hawks. SoftBank has also invested heavily in ride-sharing and renewable energy.
SoftBank announced last month that it was investing about $2 billion to raise its stake in Yahoo Japan, a search-engine company, through an acquisition from US investment company Altaba Inc.
SoftBank has been boosting its collaboration with Yahoo Japan to strengthen its e-commerce, smartphone services and other businesses.
MORE REPORTS