SoftBank Group Corp on Monday said a special committee found allegations against its President and chief operating officer Nikesh Arora in a purported shareholder demand are "without merit". 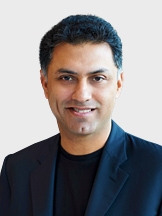 "A special committee of independent members of SBG's board of directors has completed its review of allegations regarding SBG President and Chief Operating Officer Nikesh Arora in a purported shareholder demand.

The special committee has concluded that the claims concerning the conduct of Arora during his tenure at SBG are without merit," the company said in a statement.

"As I said when these allegations first became public, I have complete trust in Nikesh and I am pleased the special committee has looked into these claims thoroughly and concluded they are without merit," said chief executive Masayoshi Son.

The global technology player said allegations had been raised in a number of letters from a law firm which claimed to represent the interests of certain unidentified SBG and Sprint Corporation shareholders, the company said.

The committee was formed in February of this year. It conducted its review with the assistance of independent counsel at Shearman & Sterling LLP and Anderson Mori & Tomotsune, it said.