Sanofi prepares to replace Medivation's board

French drug giant Sanofi SA is preparing to follow through with its threat to replace Medivation Inc's board of directors, after the US cancer drug maker refused to enter into talks on its $9.3-billion unsolicited takeover offer. 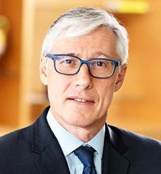 Sanofi, run by CEO Oliver Brandicourt, plans to nominate eight people to replace Medivation's entire board of directors, and could release the names of its candidates as early as next week, CNBC yesterday reported, citing sources.

Sanofi, based in Paris, last month took its $52.50-a-share offer public in April after Medivation refused to engage in talks. The offer was a premium of over 50 per cent to the latter's two-month volume weighted average price prior to the takeover rumours. (See: Sanofi tables $9.3-bn bid for US biotech firm Medivation) San Francisco-based Medivation rejected the proposal saying that offer is too low and hired banks to prepare a defencde.

David Hung, founder and CEO of Medivation had said, ''Sanofi's opportunistically-timed proposal, which comes during a period of significant market dislocation, and prior to several important near-term events for the company, is designed to seize for Sanofi value that rightly belongs to our stockholders. We believe the continued successful execution of our well-defined strategic plan will deliver greater value to Medivation's stockholders than Sanofi's substantially inadequate proposal."

However Sanofi is not the only one interested in buying Medivation, Media reports suggested that pharma giants Pfizer, Amgen, Astra Zeneca and Novartis are among those that have shown interest in Medivation, known for its prostate cancer drug Xtandi, its only marketed drug

In addition, it has two additional oncology assets in clinical development.

Since its launch, Xtandi has become the most prescribed prostate cancer drug in these indications, generating annual sales of more than $2 billion and is expected to generate almost $5.7 billion in sales over the next four years.

While Sanofi's offer reflects a 50-per cent premium to what Medivation's stock had been trading prior to buyout speculations, analysts believe that it is too low for Medivation's board to even entertain talks.