French drugmaker Sanofi SA yesterday threatened to go directly to shareholders to remove and replace the board of US cancer drug maker Medivation Inc, if it did not engage in takeover talks. 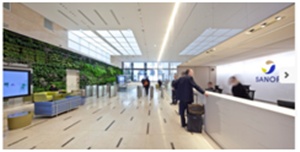 The Paris-based drugmaker said in a letter to Medivation that it has had ''extensive conversations'' with Medivation's shareholders and that it believes there is ''overwhelming support'' for a deal.

In the letter, Sanofi said it could increase its offer if Medivation's board engages in good faith discussions.

"If the Medivation board of directors continues to refuse to engage with us, then we intend to commence a process to remove and replace members of the board," Sanofi CEO, Olivier Brandicourt said.

After Medivation's refusal to engage in discussions, last week Sanofi went public with its $52.50 per share cash takeover offer for Medivation, at a premium of over 50 per cent to the latter's two-month volume weighted average price prior to there being takeover rumors. (See: Sanofi tables $9.3-bn bid for US biotech firm Medivation) San Francisco-based Medivation rejected the offer and yesterday said that it had received a letter from Sanofi.

''Sanofi's letter simply restates an inadequate proposal that the Medivation board of directors has already determined substantially undervalues the company, its leading oncology franchise, and innovative late-stage pipeline,'' the company said in a statement.

Early this week, US drug giant Pfizer is also reported to have initiated talks with Medivation over a possible buyout, raising the possibility of a counter bid. (See: Pfizer initiates buyout talks with cancer drug maker Medivation) Medivation has one marketed prostate cancer therapy, Xtandi, and two additional oncology assets in clinical development.

Since its launch, Xtandi has become the most prescribed prostate cancer drug in these indications, generating annual sales of more than $2 billion and is expected to generate almost $5.7 billion in sales over the next four years.

Medivation's stock price was $37 and market cap of around $6 billion as of 31 March when takeover interest was first reported.  Its share price has since surged by over 55 per cent.

Bloomberg reported on Friday that AstraZeneca plc is also considering a counter bid, but Medivation does not plan to accept any offer below $65 a share.

While Sanofi's offer reflects a 50-per cent premium to what Medivation's stock had been trading prior to buyout speculations, analysts believe that it is too low for Medivation's board to even entertain talks.