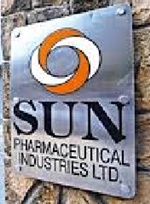 In a filing with the BSE, Sun Pharma said that it has completed all necessary formalities to close the deal, and "the process of the acquisition of 85.1 per cent of JSC Biosintez has been completed today."

The transaction will give Sun Pharma access to local manufacturing capability across multiple dosage forms in Russia.

Founded in 1992 and based in Penza, Russian Federation, Biosintez manufactures and markets pharmaceutical products in Russia and the Commonwealth of Independent States (CIS).

It has a manufacturing facility in Penza region with capabilities to manufacture a wide variety of dosage forms including pharmaceuticals for injections, blood substitutes, blood preservatives, ampoules, tablets, ointment, creams, gels, suppositories, and APIs.

Its products include tablets, ointments, suppositories, powders for injections, injections in ampoules, and bottles.