After, Vijay Mallya, Nirav Modi and Mehul Choksi, it is the turn of Nitin Jayantilal Sandesara, the director of Gujarat-based bio pharma company Sterling Biotech which is under probe in a Rs5,000 crore fraud case. 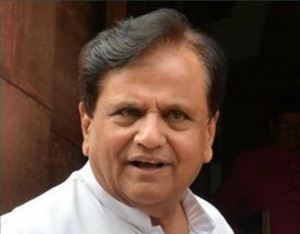 It is alleged that the company took loans of over Rs5,000 crore from a consortium led by Andhra Bank, which had turned into non-performing assets.
As per the FIR, the total pending dues of the group of companies were Rs5,383 crore as of 31 December 2016. The ED has taken the FIR into cognisance.
The Enforcement Directorate has arrested a few people in this case, including Delhi-based businessman Gagan Dhawan, former Andhra Bank director Anup Garg and Sterling Biotech Ltd director Rajbhhushan Dixit.
Multiple prosecution complaints have also been filed by it before a special court in New Delhi.
It had also attached assets worth over Rs4,700 crore of the pharmaceutical firm in June this year.
Sandesara is reported to have fled to Dubai, even as some reports said he might have taken refuge in to Nigeria along with his brother Chetan, sister-in-law Dipti besides other family members to avoid arrests.
However, investigating agencies are planning to send a request to authorities in the United Arab Emirates (UAE) seeking a ‘provisional request’, as per a report in The Times of India.
Earlier, there were reports about Sandesara being arrested by Dubai police based on a non-bailable arrest warrant issued by an Indian court. Indian probe agencies had information on Sandesara being in Dubai, following which the authorities alerted the officials in United Arab Emirates.
"The legal process post the arrest is taking place in Dubai. We are waiting for details. Indian agencies will try to get him deported," a senior official said.
But a report in The Indian Express said he has left UAE and moved to Nigeria to evade arrest.
This is a blow to Indian investigative agencies as the country does not have an extradition treaty or Mutual Assistance Treaty (MAT) with Nigeria—a problem that has now been observed in multiple cases ranging from Vijay Mallya and Mehul Choksi. Sources also suggested that it would be “difficult” to extradite Sandesara and his family from Nigeria.
As of now, the Indian investigative agencies are mulling on sending a request to the UAE authorities to “provisionally arrest” Sandesara and his family members if they are spotted. They are not sure where he is and where his investment interests lie.
Meanwhile, the Indian authorities are also trying to get Interpol involved by getting the international agency to issue a Red Corner notice against the accused.
It may be noted that CBI and ED had in October last year booked Gujarat-based Sterling Biotech directors Nitin, Cheran and Diptiben Sandesara, Rajbhushan Omprakash Dixit, Vilas Joshi and chartered account Hemant Hathi, former Andhra Bank director Anup Garg and other unidentified persons for cheating banks to the tune of Rs5,300 crore.
MORE REPORTS