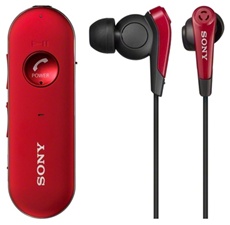 The earphones connect with a wireless Bluetooth receiver that works on one-touch connectivity with NFC letting the user a hands free experience. These are capable of drastically reducing noise disturbances happening in the outside world such as airplane flight sound or traffic.

These earphones of unmatched design and quality are the first of a kind from Sony India, offered at a competitive price of Rs5,490 each.

Available in red and black colour options, the MDR-EX31BN comes with a micro USB charging cable that allows continuous usage of more than 10.5 hours upon full recharge.

MDR-EX31BN earphones will be available in Sony Centers and major electronic stores across India.

Sony also released Android powered Walkman ZX2 with high resolution audio in the US, priced at $1,200. 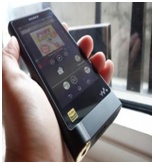 The Walkman looks like a differently shaped smart phone rather than a music player.  According to Mashable, the Walkman supports Wi-Fi, Bluetooth, and is NFC-enabled, said the company.

The Android powered device features a touchscreen and runs 4.2 jellybean version of Android operating system. The Walkman also supports Android apps that can be downloaded from its Play Store.

The S-Master HX processor in the Walkman enables the high resolution audio.