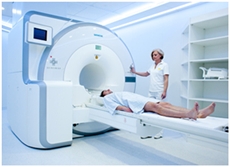 China's regulator, State Administration for Industry and Commerce (SAIC) has alleged that Siemens and its dealers donated medical devices in return for agreements to exclusively buy expensive chemical reagents needed to run these machines, the report said.

The probe involves around 1,000 hospitals, and it could lead to further investigations into other foreign medical device makers, since China wants hospitals to use more locally-made medical devices and reduce its import bill around $34-billion Chinese market.

The probe had not earlier been made public and Reuters could not find out whether Siemens had denied the accusations or if any action was taken against the company or the dealers.

A senior spokesman for Siemens in Germany said he was "not aware" of the investigation and declined to comment on specific questions on it, the report added.

"We are not aware of any situation that conforms to what you describe," said Matthias Kraemer, the spokesperson for Siemens in response to questions emailed to Siemens in China and to the company's headquarters.

Erlangen, Germany-based Siemens Healthcare, which posted revenue of €11.7 billion last year and net income of more than €2 billion, is one of the world's largest suppliers of medical imaging, laboratory diagnostics, medical information technology and hearing aids to the healthcare industry.

The investigation is also part of a wide-reaching probe into the pharmaceutical industry in China.

British drug giant GlaxoSmithKline was last year investigated by Chinese regulators for allegedly paying £300 million between 2007 and 2010 through travel agencies to doctors and government officials for conferences that were never held, and for bribing officials to push its pharmaceutical sales. (See: China accuses GSK of bribery, raising prices and tax fraud)

The London-based company was later fined nearly $500-million for these illegal practices.

Chinese regulators and corruption officials had also last year launched an investigation on French drug giant Sanofi after an unnamed whistle-blower told the state-owned newspaper 21st Century Business Herald that from 2007 Sanofi had paid 503 doctors at 79 hospitals in Shanghai, Beijing, Hangzhou and Guangzhou a total of $280,000 to prescribe the company's products.