Samsung Electronics has forecast a 48 per cent rise in rise in profits to $8.8bn (9.9 trillion Korean won) in the first quarter of the current year (January-March 2017), thanks to strong memory chip sales. 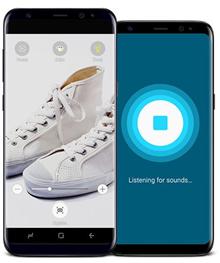 The forecast $8.8bn profits don't include what the company is hoping to make from its new phone, the new and improved Galaxy 8, which hits the shelves later this month.

That would be its biggest Q1 profit ever, coming close to its overall profit record set in Q3 2013 and representing a nearly 50 per cent increase on the same period last year when Samsung made 6.68 trillion won.

Despite the predicted year-on-year profit increase, however, it looks like sales will be essentially flat: Samsung's Q1 2016 revenue was 49.78 trillion won. But that might not be such a bad sign, considering the Galaxy S7 launched in Q1 last year and the Galaxy S8 isn't going on sale until later this month - not to mention the fact that Samsung doesn't have a new Galaxy Note on sale right now.

Samsung said the figures are estimates of consolidated earnings based on K-IFRS as Korean disclosure regulations do not allow earnings estimates to be provided as a range.

Therefore, in compliance with such disclosure regulations, the above figures represent the median of the earnings estimate range, provided below.

That would be its best quarterly profit in almost four years and shows a recovery from the Galaxy Note 7 fiasco.

Analysts expect Samsung's second quarter results to be even better because of the expected surge in revenues from sales of the Galaxy 8 which claims to have the artificial intelligence technology, called Bixby, embedded in it.

The Samsung Galaxy S8 was launched last month in New York and London. Samsung's share price has also been performing well, climbing steadily over the last few months despite all the drama the company has been facing at home.

The fact that Jay Y Lee, heir to South Korea's largest corporation, Samsung Group, is embroiled in charges that he bribed a confidante of former South Korean president Park Geun-hye and conspired to cover it up, did not, however affect investor confidence in the group.

The billionaire, who is accused of paying bribes to get the support of a government pension fund in a controversial 2015 merger of affiliates that tightened his grip, turned up in court today.

Investors however have shrugged off the scandal, counting on share buybacks, steady growth from its memory and display divisions and a new premium smartphone. Its stock is up 16 percent this year through Thursday.

In fact, on the whole South Korea's stock market has been doing pretty well, with foreign funds pumping in $3bn.

Samsung's sales alone make up a fifth of South Korea's GDP, and for many young Korean graduates getting a job in a chaebol is the most desirable outcome after years of toiling through a rigorous education system.