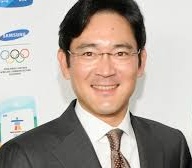 Prosecutors demanded his arrest on charges of bribery, embezzlement and perjury this week delivering a shock to the Samsung group, the world's biggest smartphone maker with revenues equivalent to a fifth of South Korea's GDP.

The rejection dealt a blow to investigators' plans to question Park who was impeached by parliament last month, on charges of accepting the alleged bribes.

According to commentators, the development had also set back their plans for expanding the investigations into other companies that "donated" millions of dollars to dubious foundations Park's jailed confidante Choi Soon-Sil used for her personal benefit, Yonhap news agency said.

According to investigators, Lee gave or promised some 43 billion won ($36.3 million) worth of bribes to Choi, allegedly in return for the state pension fund's backing of a merger of two Samsung affiliates said to be crucial for Lee's hereditary succession at Samsung.

But the prosecutors have not been able to provide any evidence for the charge, the court said.

Samsung said ''the merits of this case can now be determined without the need for detention.''

The decision meant that Samsung could avoid the arrest of the man groomed to lead South Korea's most successful company.

Meanwhile, business groups and newspapers have called for caution as arresting Lee could hurt the economy because of Samsung's huge role, both economically and psychologically, in the country.

Disappointed with the development, prosecutors said they believed the court's decision was caused by a difference in legal views on the nature of the allegations against the Samsung heir. Samsung and other companies had said they felt forced to make donations.