Samsung halts production and sale of Galaxy Note 7, asks users to switch off

Samsung on Tuesday announced a halt to production and sale of its Galaxy Note 7 Smartphone after the device was involved in dozens of fires and explosions worldwide. 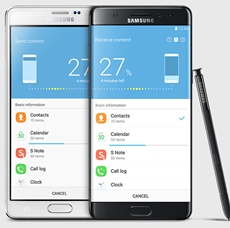 The move comes after attempts to save the flagship Smartphone by rectifying the problem by recalling the device and replacing the faulty batteries were undermined when replacement phones also started malfunctioning.

Samsung said customers will be able to get full refund or swap their Note 7s for other Samsung products. It also advised all customers with an original or replacement Galaxy Note 7 to ''power down and stop using the device'' immediately.

''Consumers with either an original Galaxy Note 7 or replacement Galaxy Note 7 device should power down and stop using the device,'' the company said in statement.

Samsung's Galaxy 7 Note is now officially dead although these were rarely used after top airlines banned use of the device after smoke from a replacement device forced the evacuation of a passenger plane in the US last week.

The world's top Smartphone maker said it had asked all global carriers to stop sales of the Note 7s and the exchange of original devices for replacements, while it worked with regulators to investigate the problem.

Samsung's decision to pull Note 7s off the shelves for ever could result in huge financial and reputational costs to the company.

Samsung's Galaxy 7 Note, launched in August, was supposed to compete with Apple Inc's latest iPhone in the premium Smartphone market, but lost out within days of the launch as images of charred Note 7s began appearing on social media.

Samsung has since recalled 2.5 million Note 7s due to faulty batteries. This has not only killed the Note 7, but has also affected the credibility of Samsung in the fiercely competitive market for electronics devices.