Samsung Group today said that it would merge two of its major units in an $8.1-billion all-share deal, as part of the South Korean conglomerate's restructuring plan, which sees the control of the group passing on to a new generation of the founding Lee family. 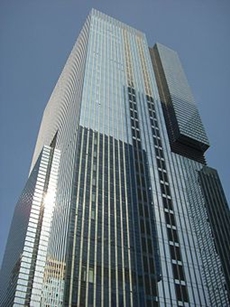 Under the all stock deal approved by the boards of both companies, Cheil Industries, a fashion, leisure and construction company in which the Lee family holds 42 per cent, will acquire the construction and engineering affiliate Samsung C&T.

The merger will see Cheil offer 0.35 new shares for each Samsung C&T share and is expected to close by September subject to shareholder approval. That deal is valued at 8.9 trillion won ($8.1bn), based on Cheil's today opening price.

Samsung Group's patriarch Lee Kun-hee has designated his son Lee Jae-yong as the heir to the empire and is the biggest shareholder in Cheil with 23 per cent.

The combination is expected to give the merged entity the largest stake in Samsung BioLogics Co, the biopharmaceutical arm, as Cheil and Samsung C&T hold 46.3 per cent and 4.9 per cent, respectively.

Cheil is a real estate developer and theme park company, whose business portfolio includes construction, fashion, resorts, and catering, while Samsung C&T is into construction, electronics, chemicals, finance and several other fields.