Samsung Electronics, the world's largest smart phone maker, looked closer to losing its crown as global smart phone leader after a plunge in its quarterly and annual profits. 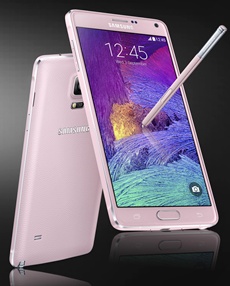 The South Korean electronics giant reported the first drop in its annual net profit in three years and the fifth continuous drop in quarterly profits against rival Apple's sterling performance with a record $18 billion profit during the October-December 2014 quarter alone (See: Apple's sales in China jump 70% on changed strategy).

Samasung saw its key mobile phone operations struggle in the face of intense competition from Chinese rivals and expected 2015's "business environment... to be as challenging as 2014."

Samsung sold 95 million mobile phones in the fourth quarter, with smart phones accounting for 70 per cent of the total.

On the other hand, Apple reported record-breaking 74.5 million iPhone sales in the three months to 27 December on the back of rising sales of the new iPhone 6 and 6 Plus models in China, United States and Europe.

Samsung's head of investor relations Robert Yi said the company planned to streamline the product mix to increase sales in the current quarter, with smart phones accounting for 80 per cent of total shipments. Yi expects 2015 to be as challenging as 2014.

The fall in smart phone earnings was cushioned in the fourth quarter by a boom in high-margin chip sales, with operating profit in the semi-conductor division rising 35.7 per cent to 2.7 trillion won in the October-December period from a year earlier.

Despite the margin pressure, Samsung announced an increased dividend of 19,500 won a share, up from 13,800 won a year earlier.

Park Jin-Young, vice president of Samsung`s mobile unit, said handset sales will be driven by growth in emerging markets, including China and India. Sales of tablet computers are expected to grow, largely boosted by sales of mid-priced and low-end products, Park said.