Samsung Electronics Co reported record 76 per cent in its fourth quarter 2012 profit at $8.3 billion on the back of strong smart phone sales and higher margins in its chip business. 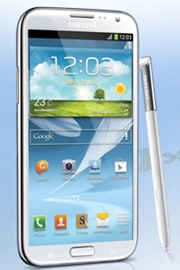 Samsung Electronics Co, the world's top handset maker, sold 63 million smart phones in the October-December 2012 quarter with a 29 per cent share of the global smart phone market, according to a report by research firm Strategy Analytics.

Samsung also kept its 2013 investment at a similar level to 2012, despite a bleak PC outlook and a move by rival Apple Inc to diversify its supplier base.