Samsung seeks ban against Apple products in Australia and Japan

Escalating their patent battle that started in April this year, Samsung has moved courts in Australia and Japan seeking a temporary ban on Apple's iPhone 4S for infringing its mobile and user interface patents. 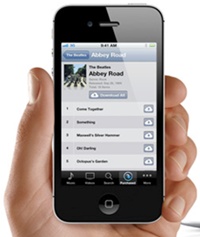 It's also appealing last week decision by an Australian court, which granted Apple a temporary ban on sales of the Galaxy Tab 10.1.

Samsung is retaliating despite on Friday losing in a Dutch court its plea to ban all Apple's mobile products that use 3G telecommunications technology.

A judge in the Netherlands told Samsung and Apple to sort out a FRAND licence on the 3G patents after the court found that Samsung's 3G patents should be open to license under FRAND.

FRAND or Fair, reasonable, and non-discriminatory terms, are a licensing obligation that is often required by standard-setting organizations (SSOs) for industry groups that set common standards for a particular industry in order to ensure compatibility and interoperability of devices manufactured by different companies.