The Supreme Court on Thursday allowed the Sahara Group to sell a part of its flagship Aamby Valley City Project in Maharashtra and deposit the sale proceeds in the Sebi-Sahara account by 15 May. 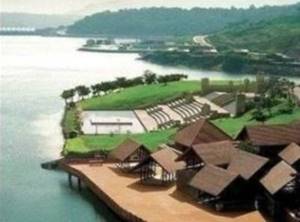 Such a sale will be subject to approval by the company judge of the Bombay High Court and will take place in the presence of the receiver and official liquidator, the apex court ordered.
The bench headed by Chief Justice Dipak Misra and also comprising Justices A M Khanwilkar and D Y Chandrachud said if the Sahara group fails to sell its property by 15 May, it would proceed with the plan submitted by the Bombay HC liquidator to auction five land parcels it had identified on 2 June.
It set further hearing for 16 May.
The Securities and Exchange Board of India (Sebi) has alleged that the company's chairman Subrato Roy had failed to comply with the 2012 apex court order directing him to return investors more than Rs20,000 crore with 15 per cent interest that his two companies — Sahara India Real Estate Corp Ltd and Sahara Housing Finance Corp Ltd  — had illegally raised in 2007 and 2008 through optionally fully convertible debentures.
The official liquidator plans to sell five land parcels in Aamby Valley, each over 1,000 acres. A valuation report has been submitted in a sealed cover to the HC.
Spread over 8,900 acres, Aamby Valley comprises luxury resorts and an airport and is valued at around Rs38,000 crore.
The plan to sell one land parcel by Sahara was opposed by the official liquidator. Its counsel Darius Khambata argued that the group may not be able to even sell one parcel by July. “Distributing it would create differences among parcel purchasers and result in a fresh round of litigation. Let the entire property go in one round,” said added.
However, Sahara asked the top court to allow it to sell the properties piecemeal. “The whole concept will get destroyed if land is sold in parcels as they have identified. I will be able to sell without disturbing the character of the city,” said senior counsel for Sahara, Vikas Singh.
The apex court had in February allowed the Aamby Valley, the township near Pune, to be split it into smaller parcels of land as there were no takers for the entire township.
The order was issued after the liquidator told the court that the entire land of the luxury project failed to draw any takers despite ample publicity of the intent to sell it via two advertisements published in 142 dailies.
Sahara group chief Subrata Roy and two of its directors are out on bail since May 2016 after spending two years at Delhi’s Tihar Jail. Roy and others are in judicial custody since 4 March 2014 for not complying with the apex court’s two orders in 2012 relating to refund of over Rs24,029 crore raised from three crore bond investors by the two group firms.
Sahara, once one of India's most high-profile business conglomerates, had in the past made several attempts to raise the bail money by selling its prized overseas hotels that include the Plaza in New York and Grosvenor House in London.
MORE REPORTS