Subrata Roy's Plaza Hotel to be auctioned for mortgage defaults

New York's Plaza Hotel is scheduled to be auctioned next month. The five-star hotel off Central Park is majority owned by Subrata Roy's Sahara India Pariwar, which defaulted on the mortgage payments, Bloomberg yesterday reported, citing a person with knowledge of the matter. 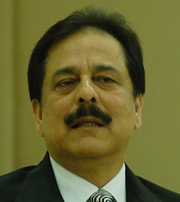 Another luxury hotel owned by Sahara, along with US hotelier Sant Singh Chatwal, the Dream Downtown in New York's Chelsea neighborhood, will also be sold along with The Plaza as part of a package, the report said.

Billionaire brothers David and Simon Reuben now hold the mortgage for the Plaza Hotel, which is scheduled to be auctioned on 26 April.

David and Simon Reuben bought the loan from Bank of China Ltd after Subrata Roy, who was imprisoned in early 2014 for defrauding investors, defaulted on the mortgage payments.

The auction may take place via multiple rounds of sealed bidding, the report said.

Under the deal, Sahara acquired 75 per cent of The Plaza Hotel, which includes the entire 60 per cent held by Elad for $400 million and 15 per cent from Kingdom for $170 million. 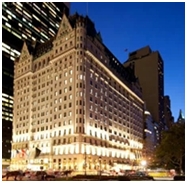 After completing the deal, Kingdom Holdings had 25-per cent of The Plaza Hotel and Fairmont Hotels & Resorts Inc, in which Kingdom has a stake, who operated the Plaza for at least two years, before handing over control to Sahara.

The Plaza Hotel, located at Fifth Avenue and Central Park South, opened its doors on 1 October 1907, and is considered as one of America's most celebrated hotels.

Kings, presidents, ambassadors, movie and sports stars, as well as business executives and travelers from all parts of the world have stayed at The Plaza.

The Plaza was so well known that Ernest Hemingway once advised Scott Fitzgerald to give his liver to Princeton and his heart to The Plaza.

The Plaza has provided the location for motion pictures such as The Way We Were, The Great Gatsby, Barefoot in the Park, Funny Girl and Home Alone II.

The Plaza reopened in March 2008 following a two-year restoration that cost more than $400 million and was managed by Fairmont Hotels & Resorts, which is 35 per cent owned by Kingdom Holdings.

The Plaza has had many owners in its 107-year history, including current Republican presidential candidate Donald Trump, who bought the hotel in 1988 for $407 million, and sold it seven years later at a loss for $325 million.

Subrata Roy, who has been in Tihar jail since March 2014 for failure to refund over Rs20,000 crore of deposits, has also been in default on about $800 million worth of debt on the Plaza and two other hotels as on September 2015.

The Sahara group has been asked to pay Rs10,000 crore to get Roy, 67, out on bail. But Sahara has not been able to raise the Rs 10,000 crore although Roy and his top team have been negotiating a sale of the hotels since the past one year from a makeshift office in Tihar jail.

Media reports had said last year that Sahara had been in discussions to sell the Plaza for more than $600 million to state-owned Shanghai Municipal Investment Group, but those talks ended without a deal.

Sahara had taken loans for three hotels - The Plaza, Dream Downtown, and London's Grosvenor House from Bank of China - that were  "cross collateralised and cross guaranteed".