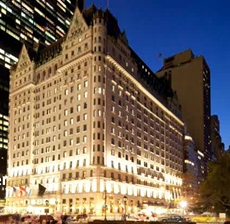 In two separate deals signed on Monday, Sahara, run by Subrata Roy, will acquire a 75 per cent stake in The Plaza Hotel, which includes the entire 60-per cent held by Israeli entrepreneur Isaac Tshuva's Elad Properties, for $400 million and 15 per cent from Kingdom Holdings, controlled by Saudi billionaire Prince Alwaleed bin Talal, for $170 million.

Kingdom will now hold 25 per cent of The Plaza Hotel and Fairmont Hotels & Resorts Inc, and will continue to operate the Plaza for at least two years, before handing over control to Sahara.