Luxury car makers Jaguar Land Rover and Rolls-Royce Motor Cars have both reported a rise in annual sales for 2016. 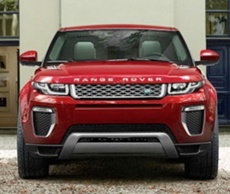 Rolls-Royce delivered 4,011 cars to customers in 2016, a 6 per cent increase on the previous year and its second highest sales record in its 113-year history.

There was particularly strong demand for its new high-end luxury Jaguar model, the F-PACE.

Chief executive Dr Ralf Speth said last year that the company wanted to double production from 500,000 to one million cars a year, but that it would depend on government support.

Germany's Rolls-Royce - which is owned by BMW - has seen record sales in the US, Japan, the UK and Germany.

The only market where conditions were difficult was the Middle East, "where consumer demand for all luxury goods was dampened by economic and political uncertainty".

Its chief executive Torsten Mueller-Otvos told the BBC that its sales growth reflected a worldwide improvement in the luxury goods market generally.

"We have seen quite some confidence coming back into the luxury market worldwide and that is part of that success story," he said.

Mueller-Otvos had argued for the UK not to leave the EU, as 90 per cent of the company's output is exported, and during the referendum campaign he sent a letter to staff urging them to vote Remain.

"Brexit hasn't happened yet," he said, adding that he was "fully convinced" that the UK should remain part of the customs union.

Rolls also confirmed plans to extend its Technology and Logistics Centre in Bognor Regis - close to its manufacturing hub in Goodwood, West Sussex - in 2017 by nearly 10,000 square metres "to meet growing demand and in readiness for future models".