US retailer 7-Eleven rides piggy back Reliance Retail into India

Reliance Retail Ventures Limited (RRVL) on Saturday (9 October) opened its first 7-Eleven franchise outlet in in Andheri East, Mumbai, which, the company said, will be followed by a rapid rollout in key neighborhoods and commercial areas, across the Greater Mumbai cluster to start with. 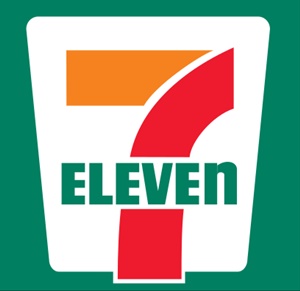 RRVL, through its wholly owned subsidiary, 7-India Convenience Retail Limited, has entered into a master franchise agreement with 7-Eleven Inc (SEI) for the launch of 7-Eleven convenience stores in India.
With the launch of 7-Eleven stores, RRVL as the country’s largest retailer, takes a step further in its journey of offering a superior shopping experience and compelling value proposition for Indian customers, says a company release.
The 7-Eleven stores aim will be offering a range of beverages, snacks and delicacies specifically curated to appeal to local tastes, along with refill of daily essentials, having affordability and hygiene at its very core. With a rapid expansion plan on the anvil, it is expected to be a significant contributor to local employment and building the eco-system for convenient foods.
SEI will also support RRVL in implementing and localising the unique 7-Eleven convenience retail business model for India, including bringing best in class processes and practices.
“At Reliance, we pride ourselves in offering the best to our customers and we are proud to bring 7-Eleven, the globally trusted convenience store, to India. 7-Eleven is among the most iconic global brands in the convenience retail landscape. The new pathways we build together with SEI will offer Indian customers greater convenience and choices within their own neighbourhoods,” Isha Ambani, director, Reliance Retail Ventures Limited, said.
“India has the second largest population in the world and is one of the fastest-growing economies. It’s an ideal time for the largest convenience retailer in the world to make our entry into India,” said SEI president and chief executive officer Joe DePinto. “Our strategic relationship with Reliance Retail Ventures will bring 7-Eleven’s brand of convenient products and services to millions of Indian consumers starting in the city of Mumbai.”
Reliance Retail announced its franchise agreement with 7-Eleven after Future Group-owned Future Retail Limited on Tuesday announced the execution of termination of master franchise agreement with 7-Eleven after over 2 years of plans to operate stores in India. The agreement fell through as the Future-7 “was not able to meet the target of opening stores and payment of franchisee fees."
“Pursuant to Regulation 30 and other applicable provisions of Sebi Listing Regulations, we would like to refer to Master Franchise Agreement dated 28th February, 2019 executed between Future7-India Convenience Limited, Company’s wholly owned subsidiary (Future-7) and 7-Eleven Inc, and also executed by the company and Future Corporate Resources Private Limited (FCRPL) as confirming party and controlling principal for developing and operating 7-Eleven stores within India, is now terminated pursuant to execution of mutual termination agreement executed among the company, Future-7, 7-Eleven Inc and FCRPL on 5 October 2021," the company said in a regulatory filing.
SEI is the premier name in the convenience-retailing industry. Based in Irving, Texas, SEI operates, franchises and/or licenses more than 77,000 stores in 18 countries and regions, including 16,000 in North America. In addition to 7-Eleven stores, SEI operates and franchises Speedway, Stripes, Laredo Taco Company and Raise the Roost locations. Known for its iconic brands such as Slurpee, Big Bite and Big Gulp, SEI has expanded into high-quality sandwiches, salads, side dishes, cut fruit and protein boxes.
Reliance Retail’s 7-Eleben stores will compete with local players such as Samir Modi Enterprises-owned Twenty Four Seven, RJ Corp-owned J-Mart, and In&Out.
Reliance Retail Ventures also own Future Group's retail, wholesale, logistics and warehousing business. However, the deal still needs court clearance as Amazon had, in August 2019, agreed to purchase 49 per cent of one of Future's unlisted firm, Future Coupons Ltd (which owns 7.3 per cent equity in BSE-listed Future Retail through convertible warrants), with the right to buy into the flagship Future Retail after a period of 3 to 10 years.
After Future's deal with RRVL, Amazon had dragged Future into arbitration at the Singapore International Arbitration Centre (SIAC).
MORE REPORTS