Kishore Biyani's Future Enterprises Ltd is all set to seal a deal for sale of the group’s entire retail businesses to Reliance Industries Ltd’s retail arm Reliance retail in an all-cash transaction worth around Rd30,000 crore. 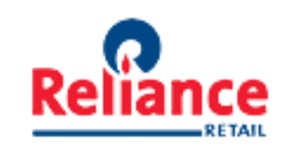 As per the terms of agreement, Future Enterprises will merge its grocery, apparel, supply chain and consumer business into itself, and sell the entire retail assets to Reliance Retail.
Reports citing sources said the board of directors of Future Enterprises will take the crucial decision tomorrow. The deal will help Future Group cut debt and liabilities.
Of the total proceeds Future group may use around Rs13,000 crore to repay debt and another Rs7,000 crore to clear other liabilities like pending rents while the remaining cash will go to the promoter group.
Apart from Future Group's retail business, Mukesh Ambani-led Reliance could also get a minority stake in Future Enterprises for Rs3,000 crore via 'preferential allotment', as part of the deal, according to reports.
The FEL could also sign an agreement for a long-term supply distribution for apparel and groceries.
The RIL-Future deal will make Reliance Retail undisputed leader in Indian retail space with over 1,800 Future Retail stores, around Rs26,000 crore worth additional sales besides several supermarket brands, comprising budget department and grocery chain Big Bazaar, Ezone, Fashion at Big Bazaar (FBB), Foodhall and Easyday.
Future Group has accrued heavy debt over the years. As of 30 September 2019, listed entities of Future Group had accumulated debt of Rs12,778 crore against Rs10,951 crore as of 31 March2019.
Biyani had a March deadline for repayment of some of these dues. But the Reserve Bank of India's loan moratorium provided a breather.
MORE REPORTS