Technology bellwether Rolata India plans to downsize operations globally and trim its workforce of 3,000 employees after the company failed to push through a Rs2,500-crore deal to divest the products and solutions business and restructure bonds to secure some financial leeway. 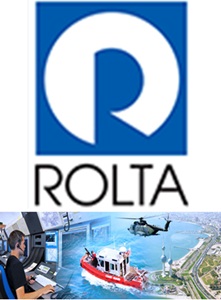 The company, which was ranked among the `Best 200 under a Billion’ four times in six years by Forbes Global, is expected to ask several of its employees to resign, retaining only a core team to service customers and safeguard its hi-technology assets.
Rolta, which has a total debt of around Rs8,000-10,000 crore, is learnt to have defaulted on payment of bonds - it hold bonds worth $200 million maturing in 2018 and $300 million maturing in 2019 – and sought restructuring. However, some bondholders refused to oblige and demanded upfront cash.
One of the lenders, Union Bank of India, has filed a petition against the company in the Mumbai bench of the NCLT, making it one of the first major IT companies to be dragged into insolvency proceedings.
Rolta had tried to raise cash through sale of an asset worth Rs2,500 crore and has engaged likely buyers including UK-based Spectris, Germany’s ABB and Tech Mahindra. A deal could not be arrived at as some of Rolta’s domestic creditors did not give their assent, and instead, dragged the company to the NCLT for initiating insolvency proceedings.
Last month, Central Bank of India (Capital Market Service Branch) sold 970,151 shares of Rolta India Ltd through bulk deal window in NSE. The shares were dumped at a price of Rs8.88 per share.
In a letter to its employees dated 3 January, Rolta said it suffered a ‘major blow’ recently in its efforts to deleverage completely by paying off the entire debt in India and completing the bond restructuring agreement.
Rolta India, which won a Rs50,000-crore battlefield management project jointly with Bharat Electronics in 2015, claims the project, when implemented over the next 10 years, has a revenue potential of more than Rs10,000 crore. It is expecting payments from the government from 2020.
Rolta also claims to have executed projects in 40 countries and was included in the S&P Global Challengers List.
“We will downsize the present strength of Roltaites worldwide to form a core team of competent and dedicated Roltaites who will look after the various functions of the company to protect its hi-tech assets and technology, service its existing customers and enable it to come out of the current crises. All Roltaites who have already resigned will be released on or before January 31, 2019,” KK Singh, executive chairman, Rolta, said in his letter.
“During late 2017, we decided to look for disinvesting some assets consisting of our IPs and solutions which had heavy demand worldwide. From early 2018, these efforts started bearing fruits, and in fact, we received a firm Letter of Intent from a reputed international company valuing our offered products and solutions at about ?2,500 crore. At the time of closure of this transaction in first week of August, we, unfortunately, could not fulfil certain pre-conditions and, therefore, the deal fell through. This was a big blow to our efforts to deleverage the company completely by paying off all Indian debts and completing the restructuring agreement of bonds which the company had entered in mid-July 2018. As of today, our efforts on disinvestment are still on. We are also pursuing our debtors. But all this will take some time, and there is no solution for the immediate cash crunch which we are facing,” Singh further wrote in the letter.
Singh said though the promoter companies led by him have injected more than Rs500 crore, the conditions continued to deteriorate, particularly after the lenders approached the NCLT.
Rolta is a leading provider of innovative IT solutions for many vertical segments, including central and state governments, defence and homeland security, utilities, process, power, financial services, manufacturing, retail, and healthcare.
MORE REPORTS