Roche to buy InterMune for $8.3 bn 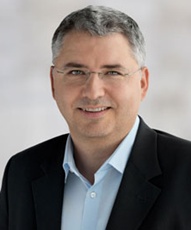 The acquisition comes amid a raft of pharmaceutical deals and attempted deals, with around $87 billion, excluding Abbvie's $54-billion acquisiton of Shire in July, in pharmaceutical acquisitions made in the first half of this year, eclipsing the entire total for all of 2013, according to research firm Evaluate. (See: Shire's board agrees to £32-bn takeover by AbbVie).

Brisbane, California-based InterMune, has one product on the market - a drug called pirfenidone to treat idiopathic pulmonary fibrosis, a fatal scarring of the lungs.

The medication is sold as Esbriet in Europe and Canada, where it received regulatory approval in 2011 and 2012. The drug received approval in the US in 23 November.

According to analysts, the purchase would generate $1 billion in global sales for Roche by 2019. Roche, which is the biggest cancer drug maker, has been looking to expand outside of oncology, after it stoppedf the development of diabetes and heart disease drugs.

Roche's chief cxecutive officer Severin Schwan said in a conference call, the deal would allow Roche to grow and strengthen its pulmonary franchise globally. He added, it was a perfect fit from a portfolio point of view and added, the company planned a smooth transition ensuring readiness for an expected launch of pirfenidone in the US in 2014.

The purchase comes as the largest by Roche since 2009, when it acquired the 44-per cent of Genentech Inc that it did not already own for about $46.8 billion (Roche clinches Genentech deal for $47 billion). The company paid off almost three-quarters of the debt it took on for the purchase as of 30 June, gaining more power for acquisitions in the process.