Swiss drugmaker Roche has appealed to Illumina investors to accept its $5.7-bn bid, saying that its offer price is fair and provides value certainty and liquidity amid increasing headwinds in the gene-sequencing sector. 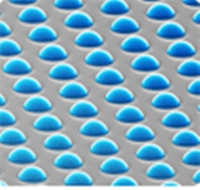 ''We are disappointed that Illumina's board of directors rejected our offer on February 7, 2012 and has refused to engage in discussions with us. After Roche's multiple attempts to engage were rebuffed, we decided to take our offer directly to you, Illumina's shareholders, the true owners of the company,'' the Basel, Switzerland-based company said in a statement.

Roche urged Illumina's shareholders to tender their shares to its offer in order to get immediate value for their investment and vote for Roche's independent nominees to Illumina's board at the 18 April annual general meeting.

San Diego, California-based Illumina said that Roche's unsolicited hostile bid failed to properly value its existing and coming products, and had recommended shareholders not to tender their shares to the offer.

Illumina also bolstered its takeover defences by adopting the so-called poison-pill, which gives investors the right to acquire shares and make the hostile takeover prohibitively expensive.