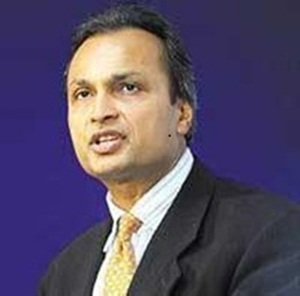 This corporate guarantee will be in addition to the land parcel, which has to be put up as security, according to an October order of the Telecom Disputes and Settlement Appellate Tribunal (TDSAT).
A bench headed by Justice Rohinton Nariman asked the government to issue a no-objection certificate for the spectrum sale within seven days after the guarantee is submitted. The court said a corporate guarantee, backed by properties as assurance already submitted following an order of Telecom Dispute Settlement Appellate Tribunal, is sufficient for the government approval.
The government had approached the apex court against a 1 October TDSAT order, which rejected the Department of Telecommunications (DoT) plea seeking bank guarantees before approving the RCom-Jio deal. The tribunal had also asked RCom not to sell a land parcel worth Rs1,400 crore so that it could be furnished as a guarantee against the government’s demand for dues.
Kapil Sibal, lawyer for RCom, opposed the idea of furnishing a bank guarantee as sought by the DoT because the company was undergoing insolvency proceedings. He agreed that Reliance Realty would provide a corporate guarantee instead.
He also sought the no objection certificate to be granted in time. “If the NOC is not given in time, they will lose Rs10,900 crore,” Sibal said.
RCom share price surged as much as 15.49% to Rs14.72 on the news—its biggest intraday gain since 1 November. The stock had lost 64.7 per cent this year.
Additional Solicitor General PS Narasimha opposed the furnishing of land parcels, telling the court that these did not belong to RCom. “Please see if this security is enough. We can’t go from pillar to post to recover money... One has to look at titles and the deal,” he said.
Narasimha told the apex court that the Centre was looking for some kind of security for the outstanding spectrum dues. He said the Centre did not have details of encumbrance of the land offered by RCom as guarantee.
Narasimha further argued that the telecom guidelines clearly mandated the government to secure outstanding dues through bank guarantees and no other method.
The centre had on 26 November approached the Supreme Court to reiterate its demand for Rs2,940 crore in bank guarantees from RCom for its spectrum liabilities before clearing its proposed asset sale to Reliance Jio.
MORE REPORTS