The Telecom Regulatory Authority of India (Trai) has asked Reliance Communications to stop offering Facebook's Free Basics service, according to a report today. 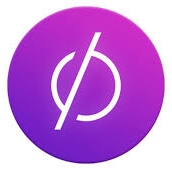 The Times of India cited a senior government official as saying that Reliance Communications has given a compliance report after stopping the service in accordance to a Trai order since it is yet to decide on whether the Free Basics platform conforms to net neutrality norms.

However, Facebook said today it will continue its work to bring in digital equality in India. "We are committed to Free Basics and to working with Reliance and the relevant authorities to help people in India get connected," the social media giant said in a statement to Business Standard.

"The question has arisen whether a telecom operator should be allowed to have differential pricing for different kinds of content,'' The Times of India quoted the official as saying. ''Unless that question is answered, it will not be appropriate for us to continue to make that happen."

Facebook had launched the initiative, earlier called 'Internet.Org', in India with Reliance Communications to offer free access to about 32 apps and websites in Gujarat, Maharashtra, Andhra Pradesh, Telangana, Tamil Nadu, Kerala and Goa. Subsequently, the number of free apps and websites was increased to 80. (See: Facebook goes all-out to push Free Basics in India)

Free Basics, which aims to bring free internet access to the developing world, has been criticised for allegedly violating rules of net neutrality.

On Tuesday, a number of start-ups in India waded into the debate over Free Basics, the most vocal of them being Paytm founder Vijay Shekhar Sharma, who called for a 'jihad' to save free internet and to reject the Facebook project.

A spokesperson for Reliance Communications refused to comment or answer on the issue when contacted by the Times of India.

According to the report, a parliamentary committee is finalising recommendations on net neutrality, which should address issues related to zero-rated platforms such as Free Basics.