RIL, Adnoc team up for ethylene dichloride project in Ruwais 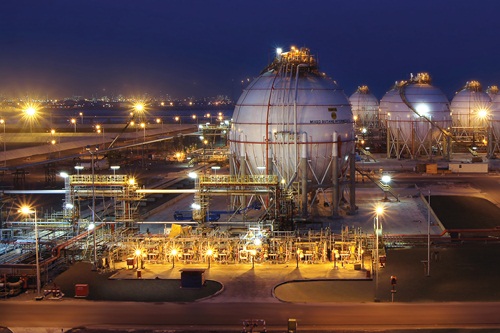 Ethylene dichloride is a basic building-block for the manufacture of polyvinyl chloride (PVC), which is used in the housing and agriculture sectors.
Abu Dhabi National Oil Company (Adnoc) on Sunday signed a framework agreement with Reliance Industries Limited (RIL) to explore development of an ethylene dichloride facility in Ruwais.
Abdulaziz Alhajri, executive director of Adnoc’s downstream directorate and RIL executive director Nikhil R Meswani signed the agreement.
The signing of the agreement was witnessed by Sultan Ahmed Al Jaber, UAE minister of state and Adnoc Group CEO, and RIL chairman and managing director Mukesh D Ambani.
Under the terms of the agreement, Adnoc and RIL will evaluate the potential creation of a facility that manufactures EDC adjacent to Adnoc’s integrated refining and petrochemical site in Ruwais, Abu Dhabi and strengthen the companies’ existing relationship supporting future collaboration in petrochemicals.
Adnoc would supply ethylene to the potential joint venture and provide access to world-class infrastructure at Ruwais, while RIL will deliver operational expertise and entry to the large and growing Indian vinyls market, in which it is a key participant.
EDC is a basic building-block for manufacture of PVC, a polymer product in increasingly higher demand globally. PVC plays a critical role in the housing and agriculture sectors, and demand for PVC, particularly in the Indian vinyls market, is expected to grow significantly.
“This is a significant step towards Reliance’s commitment to pursue backward integration and will pave the way for enhancing PVC capacity in India to cater to the fast growing domestic market. This co-operation ideally combines advantaged feedstock and energy from the UAE with Reliance’s execution capabilities and the growing Indian market,” Nikhil Meswani said.
“The agreement with Reliance Industries Limited is a product of our strong relationship, spanning over two decades, and a testament to Adnoc’s continued ability to cultivate smart and mutually beneficial international partnerships. We look forward to working closely with RIL to identify opportunities to capitalise on the strengths of the Ruwais ecosystem, while delivering a compelling new commercial platform for satisfying the large Indian PVC market, as well as demand for other fast-growing segments in the region,” Abdulaziz Alhajri said.
Adnoc is also looking to expand its presence in India by investing in refining and petrochemical projects and stocking more crude oil in India, the world’s third-largest energy consumer.
Adnoc is one of the investors in the proposed 60 million tonnes per annum (mtpa) refinery along with Saudi Aramco and three state-run oil marketers — Indian Oil Corp. Ltd, Hindustan Petroleum Corp. Ltd and Bharat Petroleum Corp Ltd.
RIL is also in the process of selling a 20 per cent stake in the company’s flagship chemicals and refining business to Saudi Aramco in a deal valued at $15 billion, as the Indian company seeks to cut its massive debt and secure an assured supply of crude oil to its refineries.
RIL has developed a strategy to transform the Jamnagar refinery from a producer of fuels to chemicals, moving up the value chain.
Adnoc is one of the world’s leading diversified energy and petrochemicals groups with a daily output of about 3 million barrels of oil and 10.5 billion cubic feet of natural gas. With 14 specialist subsidiary and joint venture companies, Adnoc is a primary catalyst for the UAE’s growth and diversification.
MORE REPORTS