Saudi Aramco eyes expansion into India with 25% in Reliance

Saudi Aramco, the world's largest crude oil producer, is in "serious discussions" to acquire up to a 25 per cent stake in Reliance Industries' refining and petrochemicals businesses, the Times of India reported. 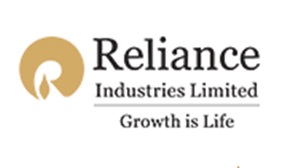 The Saudi oil giant, which is in the process of acquiring a majority stake in Saudi Basic Industries Corporation (SABIC) as part of a major expansion drive, is investing worldwide in a bid to expand production and secure market for its products.
Saudi Aramco, which aspires to be the world’s leading integrated energy and chemicals producer, is investing worldwide to emerge as a global giant that would eclipse all current global majors, including China’s Sinopec, Exxon Mobil, Royal Dutch shell etc.
A 25 per cent stake sale could fetch Reliance Industries around $15 billion, valuing the Indian company's refining and petrochemicals businesses at around $60 billion, according to the report.
Reports citing sources said the Saudi oil giant, which claims spare capacity of 2 million barrels per day, is planning to invest heavily in Indian fuel retail and petrochem market.
The agreement on valuation could be reached around June, the Indian newspaper reported, citing people with knowledge of the development. Goldman Sachs is said to have been mandated to advise on the proposed deal, the report added.
With the proposed joint venture with India’s state-run oil companies for a West Coast refining complex failing to take off, Aramco is looking to acquire stake in the world's biggest refining complex.
It may be noted that during Saudi Arabia's Crown Prince Mohammed bin Salman's visit to Delhi in February the Saudi ruler had spoken of investment opportunities worth more than $100 billion in India over the next two years.
Saudi Aramco chief executive officer Amin Nasser had also met Reliance chairman Mukesh Ambani to discuss the company's businesses including crude, chemicals and non-metallics.
Aramco has also signed 31 agreements and memoranda of understanding worth $27.5 billion with local and international suppliers, Nasser said. He did not provide details of the deals.
"We signed $27.5 billion (24 billion euros) in a total of 31 commercial collaborations," Nasser said in a statement at an investment forum held in the eastern Saudi city of Dhahran.
Last month, Aramco said it signed agreements and MOUs with scores of energy companies worth over $50 billion at a showcase investment summit that several international companies and dignitaries boycotted over the murder of journalist Jamal Khashoggi.
Insider-turned-critic Khashoggi was killed and reportedly dismembered in Saudi Arabia's Istanbul consulate on 2 October in what the kingdom said was a "rogue" operation.
More than 1,000 local and international energy service and equipment suppliers and manufacturers attended Monday's forum.
OPEC kingpin Saudi Arabia, which pumps over 10 million barrels per day of crude oil and around 12 billion cubic feet of natural gas per day, plans to invest $500 billion in the next 10 years, according to CEO Nasser.
Last month, the Saudi oil giant signed an agreement with Hyundai Heavy Industries Holdings, under which Saudi Aramco’s subsidiary,  Aramco Overseas Company BV (AOC) will purchase 17 per cent stake in South Korea's Hyundai Oilbank, a subsidiary of Hyundai Heavy Industries Holdings. The investment is valued at approximately $ 1.25 billion.
AOC’s investment in South Korea’s Hyundai Oilbank will support Saudi Aramco’s crude oil placement strategy by providing a dedicated outlet for Arabian crude oil to South Korea.
Hyundai Oilbank is a private oil refining company established in 1964. The Daesan Complex, where Hyundai Oilbank’s major facilities are located, is a fully integrated refining plant with a processing capacity of 650,000 barrels per day. The business portfolio of Hyundai Oilbank and its 5 subsidiaries includes oil refining, base oil, petrochemicals, and a network of gas stations.
AOC is a subsidiary of Saudi Aramco. It provides support services to Saudi Aramco and, through its investments and joint ventures, forms an integral part of the global Saudi Aramco oil, gas, and chemicals enterprise.
MORE REPORTS