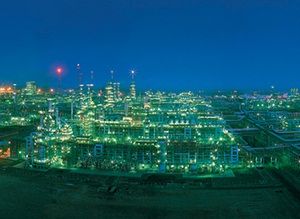 The oil to telecom giant had posted a profit of Rs9,420 crore in the same quarter last year.
RIL also saw its profit rising for the 16th straight quarter.
The spike in profit for the October-December quarter was backed by solid performance across the petrochemical, retail and digital services.
Consolidated revenue from operations for the quarter recorded an annual rise of 56.38 per cent to Rs1,60,299 crore in Q3FY19 over Rs1,02,500 crore in the same period last year.
RIL’s gross refining margin (GRM) for October-December stood at $8.8 per barrel, beating Singapore complex margins by $4.5.
Revenue from retail operations for Q3 FY19 grew 89.3 per cent YoY to Rs35,577 crore from Rs18,798 crore. Earnings before interest and taxes (EBDT) for the segment rose 210.5 per cent to Rs1,512 crore from Rs487 crore. Reliance Retail now has 9,907 stores with a reach across 6,400 plus towns and cities.
RIL's telecom arm Reliance Jio, in its second year of operation, crossed quarterly revenue of Rs10,000 crore. Net profit from telecom operations rose 22 per cent sequentially to Rs831 crore in the October-December period.
Revenue rose 12.37 per cent quarter-on-quarter to Rs10,383 crore. Earnings before interest, taxes, depreciation and amortisation rose 13.44 per cent to Rs4,052 crore. The company’s margin swelled 37 basis points on a quarterly basis to 39.03 per cent for the October-December quarter.
Average revenue per user (ARPU) per month during the quarter stood at Rs130 per subscriber.
Revenue from the oil and gas segment, however, decreased by 27.5 per cent YoY to Rs1,182 crore.
Basic earnings per share (EPS) for the quarter ended 31 December 2018 stood at Rs17.3 against Rs16 in the corresponding period of the previous year.
“In our endeavour to consistently create more value for our country and stakeholders, our company has become the first Indian private sector corporate to cross Rs 10,000 crore quarterly profits milestone... In our new-age consumer businesses, we maintained robust growth momentum across retail and Jio platforms...," Mukesh Ambani, chairman and MD, RIL, stated in a release. "I am confident Reliance is well-positioned for the future and for the next cycle of growth.”
At the end of the October-December 2018019 quarter RIL had outstanding debt of Rs274,381 crore ($39.3 billion) compared to Rs218,763 crore as on 31 March last year.
Cash and cash equivalents stood at Rs77,933 crore ($11.2 billion) against Rs78,063 crore in the previous year quarter. These included in bank deposits, mutual funds, CDs, government bonds and other marketable securities.
RIL also incurred capital expenditure of Rs27,274 crore ($3.9 billion), including exchange rate difference, for the quarter.
In October, Reliance Industries announced a Rs5,200-crore deal with Den Networks Ltd and Hathway Cable and Datacom Ltd to expand its broadband and direct-to-home service. The company is awaiting regulatory nod for completion of the deal.
Post-completion of the deal, Reliance and Jio will strengthen the business model of 27,000 local cable operators that are aligned with Den and Hathway across 750 cities, the company said.
MORE REPORTS