Reliance Industries Ltd, which currently operates the single-largest refinery complex, is considering to boost its oil-refining capacity by about half, reports quoting sources close to the development said. 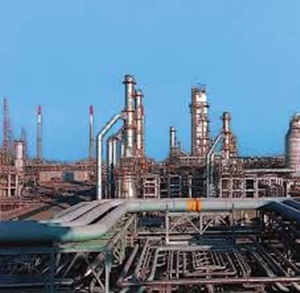 The proposed plant, to come up at Jamnagar, in Gujarat, will take the current capacity of the world’s biggest refining complex from 20 million tonnes per annum to 30 million tonnes.
The new plant, expected to come up alongside the Jamnagar complex, is estimated to cost $10 billion (Rs71,600 crore at current exchange rate), the reports said.
The move comes amidst plans by new entrants, including Saudi Aramco, Abu Dhabi National Oil Co, and Russia’s Rosneft PJSC to start operations in the world’s fastest-growing major oil consuming nation.
Total SA and Royal Dutch Shell are also expanding into fuel retailing in India where energy demand is estimated to more than double by 2040, making it the single largest source of global growth, according to the International Energy Agency.
Reports said Reliance in discussions with global refinery process licensors and equipment vendors for the new refining train at the Jamnagar complex.
Saudi Aramco and ADNOC signed agreements to invest in a proposed 60-million tonnes refinery complex on India’s west coast while Rosneft and partners acquired the country’s second-largest private oil processor.
Shell has restarted retailing gasoline and diesel in the country, while Total partnered the Adani Group to set up liquefied natural gas import terminals and fuel retailing business. Last year, BP Plc expanded its partnership with Reliance to retail auto fuels.
Reliance is looking to process the dirtiest and heaviest crude and may focus on producing feedstock for petrochemicals, the reports said.
The expansion plan is still under discussion and will only be taken up after a feasibility study prepares a report by the end of next year. If feasible, Reliance is expected to make the final investment decision and start work on the project by 2020, the reports added.
MORE REPORTS