Reliance to halt oil imports from Iran from Oct-Nov: report

Reliance Industries Ltd (RIL) is planning to halt oil imports from Iran amidst uncertainty of fresh sanctions imposed by US, that is forcing oil buyers to look elsewhere. 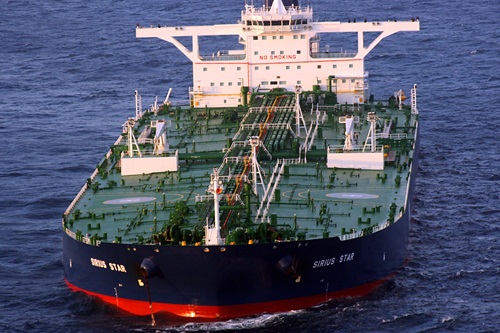 RIL, which depends on abundant supplies from West Asia Gulf sources, including Iran, to feed one of the world's biggest refining complexes, is planning to halt oil imports from Iran from October-November, say reports.
Reliance’s refining complex at Jamnagar in Gujarat can process about 1.4 million barrels per day (bpd) of crude.
Reliance's move to halt oil imports from Iran comes after US President Donald Trump abandoned a 2015 nuclear agreement this month and ordered the reimposition of US sanctions on Tehran.
Some sanctions take effect after a 90-day "wind-down" period ending on 6 August, and the rest, notably on the petroleum sector, after a 180-day "wind-down period" ending on 4 November.
While India’s external affairs minister Sushma Swraj has said that India does not follow unilateral sanctions imposed by a country like the US on other countries, companies with links to the US financial system could face penalties if they do not comply.
The Mukesh Ambani-controlled Reliance Inddustries operates some US subsidiaries that are linked to its oil and telecom businesses among others and hence has significant exposure to the US financial system.
Reliance is reported to have told officials of the National Iranian Oil Co (NIOC) that the firm would stop oil imports from Tehran in October or November.
The report also cited the company as saying that it could halt imports from Iran earlier than some European nations if Tehran failed to salvage the nuclear deal.
Some insurance companies have asked Reliance to end its exposure to Iran before November.
Global insurers have already warned about doing business with Iran while some shipping lines have said they would not take new bookings for Iran.
The United States has threatened to impose sanctions on European companies that do business with Iran.
In the interim period, Reliance is reported to have asked NIOC to supply Iranian oil in vessels owned by National Iranian Tanker Company (NITC).
In Jan-April 2018, Reliance’s oil imports from Iran surged to about 96,000 bpd. Reliance's oil imports from Iran had surged by about 45 per cent to 67,000 bpd in 2017, according to ship tracking data.
US sanctions have also raised the prospects of global insurers rethinking their dealings in Iran as they await further guidance from the United States and European Union.
Earlier this month French energy giant Total said it might quit a multi-billion-dollar gas project if it could not secure a waiver from US sanctions.
Italian oil and gas multinational Eni, which last June signed a provisional agreement with Tehran to conduct oil and gas feasibility studies, has said it had no plans for new projects in Iran.
Reliance, which deals with some of the top-notch foreign bankers with huge exposure to the US financial system, exports fuel to the United States and imports ethane from there for its petrochemical plants.
Trade sources have said Reliance recently bought up to 8 million barrels of US crude.
Reliance resumed purchases from Iran in 2016 after a six-year gap when Western powers eased restrictions on trade with Iran in return for Iran agreeing to end its disputed nuclear programme.
During previous sanctions NIOC waived a condition for its oil buyers to open letters of credit. Since the lifting of sanctions, it has been selling oil in euros.
Besides, Iran is offering deep discounts on sales to recoup market share in Asia, lost to key rivals Saudi Arabia and Iraq.
MORE REPORTS