Reliance Industries and partner BP on Thursday announced plans to develop the ‘Satellite cluster’ deep-water gas fields in the east coast of India, as part of the second phase of integrated KG D6 development.

The ‘Satellite cluster’ deep-water gas field is the second of three projects in the Block KG D6 integrated development with a combined production capacity of 1 billion cubic feet per day of new production by 2022. 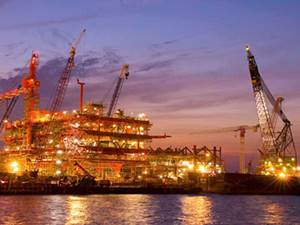 The first of the projects, development of the ‘R-Series’ deep-water gas fields, was sanctioned in June 2017.
The companies are moving forward to develop the block’s discovered deep-water gas fields in an integrated series of projects, bringing new gas production for India.
Together the three projects will develop a total of about 3 trillion cubic feet of discovered gas resources with a total investment of about Rs40,000 crore ($6 billion), an RIL release stated.
They are expected to bring a total of about 30-35 million cubic metres (1 billion cubic feet) of gas per day of new domestic gas production onstream, phased over 2020-2022, the release added.
“In consonance with our announcements last year to raise domestic gas production, we are delighted to announce the on-schedule progress of the Satellite cluster in the east coast of India. This development supports the country’s imminent need of increasing domestic gas supply and is a firm step towards making India a gas-based economy,” Mukesh Ambani, chairman and managing director of RIL, said.
Speaking in London, Bob Dudley, BP Group chief executive, welcomed the investment decision, “This latest investment is a further demonstration of BP’s commitment to India. Through our partnership, Reliance and BP are able to develop these discovered gas resources efficiently and economically, working closely with the Government of India. These new developments will produce much needed energy for India’s thriving economy.”
The Satellite cluster is a dry gas development area and comprises four discoveries with five well subsea development in about 1,700 metres water depth, up to about 15 kilometres east and southeast of the producing D1D3 fields in KG D6.
The first of the KG D6 projects to be sanctioned, the R-series project, is already in execution phase with all major contracts awarded. The Satellites cluster project will draw on execution synergies with the R-series project being developed concurrently.
India today consumes over 5 billion cubic feet a day of natural gas and aspires to double gas consumption by 2022. Gas production from the integrated development is expected to help reduce India’s import dependence and amount to over 10 per cent of the country’s projected gas demand in 2022; benefiting India and domestic consumers at large.
Under a partnership entered into with RIL in 2011, BP now holds a 30 per cent stake in multiple oil and gas blocks in India operated by RIL, including the producing block KGD6.
RIL as operator holds 60 per cent participating interest in Block KGD6 while BP holds 30per cent and Canada’s Niko resources the remaining 10 per cent.
According to RIL, the two major partners have together so far invested around Rs13,000 crore ($2 billion) in deep-water exploration and production to date.
MORE REPORTS