Markets regulator Securities and Exchange Board of India (Sebi) has banned Reliance Industries and 12 of its associate companies from trading in equity derivatives for one year "directly or indirectly". 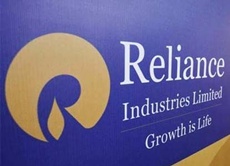 Sebi also directed the Mukesh Ambani-led company to pay up, within 45 days, Rs447 crore plus interest at 12 per cent - which adds up to nearly Rs1,000 crore - in a 10-year-old case of alleged fraudulent trading.

A Reliance official said the company will challenge the order related to alleged fraudulent trading in the F&O space in the securities of RILs erstwhile listed subsidiary Reliance Petroleum.

The order passed by Sebi's whole-time member G Mahalingam banning RIL and 12 other entities from dealing in the "equity derivatives in the F&O segment of stock exchanges, will be in place for one year from 24 March 2017.

Mahalingam said the directions are being passed after taking into consideration the magnitude of the fraud across the markets. "I am inclined to pass certain directions against the noticees in order to protect the interest of the investors and reinstil their faith in the regulatory system," the order said. "The noticees may, however, square off or close out their existing open positions."

The Reliance Industries group had earlier sought to settle the case, but Sebi had refused. Reliance Petroleum has since been merged with the listed parent firm.

Meanwhile, Reliance Industries issued a statement with regards to the matter and has said that Sebi had imposed unjustifiable sanctions.

Derivatives are financial instruments traded on exchanges, which include futures and options (F & O) contracts, the prices of which are directly dependent on the price of the stock.

RIL said Sebi had misconstrued the true nature of the transactions and imposed unjustifiable sanctions and that the company is in the process of consulting its legal advisors to challenge the order in the Securities Appellate Tribunal.

The case relates to the March 2007 decision of RIL's the board of directors to raise resources by offloading approximately 5 per cent of its holdings of equity shares of the scrip Reliance Petroleum Limited (RPL).

While RIL undertook the transactions in the cash segment of RPL in November 2007, it enlisted the services of the 12 co-accused entities as agents to operate on its behalf in the futures segment of RPL.

Between 1 November 2007 and 6 November 2007 the 12 companies took substantial positions in the November Futures contract of RPL. As a result, on 6 November 2007, the holding in derivatives contracts RPL reached 95 per cent of the market-wide position limit (MWPL) thereby inviting upon it a restriction of no further increase in open interest (OI) position as per extant rules pertaining to trading in the derivative segment.

Sebi then ordered an investigation into the matter. The price-volume trends in the cash market vis-a-vis the F&O segment were analysed, as part of the investigation, to ascertain violations of the provisions of various Sebi regulations as also the circulars on 'position limits' of Sebi and NSE relating to the derivatives trading.

After the investigation, Sebi issued a show-cause notice dated 16 December 2010, which is the subject matter of the present proceedings.