Oil-to-retail conglomerate Reliance Industries Ltd (RIL) has reported a more than expected 10-per cent year-on-year increase in third-quarter standalone net profit to Rs8,022 crore, despite a decline in the high margins on its core business of crude oil refining. 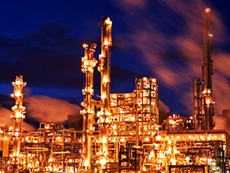 RIL earned a gross refining margin of $10.8 on turning every barrel of crude oil into fuel compared to $11.5 per barrel in the third quarter of 2015-16. However, its GRM outperformed Singapore complex margins by $4.1 per barrel, the company said

Refining and petrochemicals contribute around 90 per cent of Reliance's overall revenue and profit.

Standalone revenues, which include its refining and petrochemicals business and oil and gas exploration in India, came in at Rs66,606 crore ($9.8 billion) for the third quarter ending 31 December, up 9 per cent from a year ago.

Revenue during the quarter ended December 2016 rose 3.5 per cent from the previous quarter to Rs66,606 crore.

"Margins improved on back of strong fuel oil and gasoline cracks with other product cracks also being higher. Strength in refining margins led by robust demand growth in the Asia region," Reliance said.

Despite higher finance cost, a sharp 32.7 per cent increase in other income on a quarter-on-quarter basis to Rs3,025 crore also helped boost RIL's bottomline.

Gross refining margin (GRM) increased to $10.80 a barrel from $10.1 a barrel and Singapore GRM jumped to $6.70 a barrel from $5.10 a barrel on sequential basis. "Margins improved on back of strong fuel oil and gasoline cracks with other product cracks also being higher. Strength in refining margins led by robust demand growth in the Asia region," Reliance said.

The refining segment recorded a 2.6 per cent growth at Rs53,215 crore compared with previous quarter with EBIT (earnings before interest and tax) rising 3.8 per cent to Rs6,127 crore and margin expansion of 12 paise at 11.5 per cent QoQ. The Reliance Group company said Singapore gasoil cracks averaged $12.1 a barrel during December quarter as against $11 a barrel in September quarter.

Singapore gasoline cracks during the quarter averaged $14.6 a barrel, compared with $11.6 a barrel in previous quarter due to strong demand growth from emerging markets and seasonal turnarounds.

Reliance said on a QoQ basis, Brent crude oil prices firmed up by 8 per cent and Asian naphtha prices by 17 per cent. Ethylene and propylene prices were lower by 8 per cent and 4 per cent, respectively. Petrochemical business showed a 1.9 per cent sequential growth at Rs21,690 crore but its EBIT declined 3 per cent to Rs3,359 crore and margin contracted by 180 basis points to 14.5 per cent. Earnings performance was mixed for the quarter.

Finance cost during the quarter jumped 47 per cent quarter-on-quarter to Rs931 crore.

Reliance Retail
Reliance said Reliance Retail delivered strong performance across the board during the quarter. The demonetisation of large denomination notes led a surge in card and other digital transactions, which helped boost incomes of organised retail businesses.

RIL's retail segment added 111 stores across various store concepts during the quarter. It operated 3,553 stores across 686 cities with an area of over 13.25 million square feet as of 31 December 2016. Organised retail business grew 7.5 per cent sequentially to Rs8,688 crore and its EBIT jumped 42.6 per cent to Rs231 crore and margin expanded by 66 basis points to 2.66 per cent in Q3.

Reliance Jio
During the quarter, Reliance Jio Infocomm, a subsidiary of Reliance Industries, announced the launch of 'Jio Happy New Year Offer (JNO)' effective from 4 December. Under JNO, all Jio subscribers are entitled to certain special benefits, which comprise of Jio's data, voice, video and the full bouquet of Jio applications and content, absolutely free, up to 31 March 2017. "In view of the unprecedented customer response to Jio's services as well as to address the anticipated growth in demand for digital services, additional investments are proposed to be made into the network to enhance its coverage and capacity," Reliance said.

Outstanding debt at end of December 2016 stood at Rs1,94,381 crore, up from Rs1,89,132 crore in September quarter while cash and cash equivalents during the quarter declined to Rs76,339 crore from Rs82,533 crore in previous quarter. Capital expenditure for third quarter increased sharply to Rs37,791 crore compared with Rs17,210 crore in second quarter.