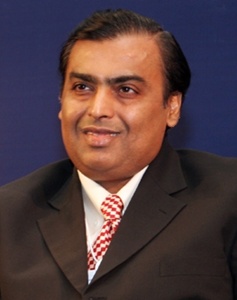 Reliance Jio Infocomm, Reliance Industries Ltd's telecommunications unit said its board has approved a plan to raise Rs15,000 crore ($2.2 billion) via rights issue of shares to existing shareholders, ahead of an expected launch of its services in the second quarter.

Reliance Jio Infocomm Ltd will be issuing 15 billion equity shares of Rs10 each to the shareholders of the company, it said in a statement late on Monday. It did not say how it plans to use the proceeds.

RJio has so far spent Rs85,000 crore and expects to start operations with a total capex of Rs1,00,000 crore, possibly around April. A major part of the Rs85,000 crore was spent on acquiring airwaves across spectrum bands

Earlier on Monday, the company announced a spectrum sharing agreement with Reliance Communications and that is likely to cost the company around Rs4,500 crore.

RJio must pay cash immediately as RCom must pay the department of communications Rs5,384 crore for spectrum liberalisation by Friday.

Jio needs the liberalised spectrum to complete its 4G network on the 800MHz band across India.

The country's already crowded telecommunications industry is bracing for the arrival of Reliance Jio, which had been due to launch the country's biggest high speed 4G broadband network around December last year.

Analysts and industry executives now expect the launch of the telecoms business run by India's richest man, Mukesh Ambani, to be delayed until at least April this year.