RIL all set to roll out 4G services in December

Five years after Reliance Jio Infocomm won broadband spectrum, the wirless arm of billionaire Mukesh Ambani-controlled Reliance Industries Ltd, is gearing up to launch 4G telecom services. The company will start its commercial operations from December this year, while the initiative also aligns with the government's 'Digital India' vision. 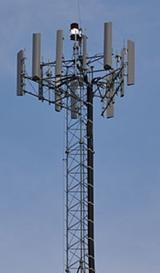 The launch will also bring on stream Rs200,000-crore worth of projects in its core oil and petrochemicals business over the next 12-18 months, chairman Mukesh Ambani said.

Addressing the 41st annual general meeting of the company in Mumbai, Ambani said RIL planned to commission all 1,400 odd fuel outlets and scale up its operations in retail trade with addition of new stores to the existing 930 stores.

With a presence in 29 states, 2,50,000 km of optic fibre network - which is expected to be doubled in another year - Reliance Jio is looking to reap full benefits of these investments from the financial year 2016-17 onwards, Ambani said.

According to Ambani, Jio has a direct physical presence in nearly 18,000 cities and towns, while its wireless footprint covers more than one lakh villages.

''We are expanding this footprint to cover nearly 80 per cent of India's population by the end of this year,'' he said, adding Reliance Jio is one of the largest transformational green-field digital initiatives anywhere in the world''.

Reliance Jio Infocomm intends to have 100 per cent national coverage within the next three years, which is in excess of its rollout obligations under license conditions.

''In rural areas, we are prioritising connectivity to thousands of schools. This is to ensure that the benefit of our broadband initiative is first and foremost felt by students who stand to gain the most by accessing the information highway,'' he added.

RIL, he said, would have a unique portfolio of globally competitive petrochemical and refining business with a new age India-centric consumer business with very high growth potential.

"This will place Reliance in a select group of most valuable companies in the world," he said.

The focus of Ambai's address at the AGM was on adding capacity in core businesses and expanding rapidly in new ventures like retail and telecom.

RIL plans to use the 4G or fourth-generation telecom technology, also known as LTE or Long-Term Evolution, to offer wireless broadband as well as voice services.

By April of next year, the company would have connected more than 1 million homes via fibre with a capability of rapidly scaling up in the top 50 cities of India.

The company will carry more than half of Internet traffic on its own network, while it connect to the remotest village of the country to any Internet destination hosted anywhere in the world.

Targeting 100 per cent national coverage within the next three years, Ambani said the 4G LTE smartphones will be brought to India at a price below Rs4,000 by December. These phones will beam HD television, video on demand, music, news and magazines, he added.

Besides, Reliance Jio has partnered State Bank of India to apply for a payments bank licence.

The company is in the pre-launch testing and stabilisation phase of the large and complex network, Ambani said extensive beta launch involving "millions of friendly customers across all markets" will be initiated over the next few months.

"This beta programme will be upgraded into commercial operations around December of this year," he said.

"I am glad to announce that financial year 2016-17 will be the first full year of commercial operations for Jio."

Besides, he said, Reliance is investing over Rs2,00,000 crore in building new facilities and creating new businesses that will yield returns in the next 12 to 18 months.

"These investments will build new capacities, strengthen our global positions, improve the return on capital and make our existing refinery and petrochemical businesses among the most competitive in the world," he said.