Reliance Industries Ltd said on Thursday that it is seeking to raise up to Rs10,000 crore in debt during the current financial year to partly fund its $26 billion (over Rs1.5 lakh crore) investment plan. 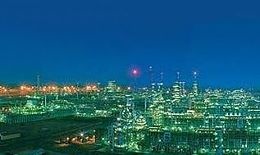 "In order to augment long term resources for financing, inter alia, the ongoing capital expenditure and for general corporate purposes, the Company may offer or invite subscription for secured/unsecured redeemable non-convertible debentures, in one or more series / tranches on private placement, issuable / redeemable at par," the company said in its annual report for 2013-14.

The Mukesh Ambani-controlled company has scheduled its annual general meeting on 18 June for a vote on the issue.

"We are implementing several projects both in the manufacturing domain and service sector to continue the tradition of creating significant shareholders value," Ambani, RIL's chairman and managing director, said in the annual report.

The expansion plans include building more petrochemical plants as well as stepping up exploration and production of oil and gas.

The company is currently constructing a plant to turn petroleum coke into synthetic gas for use at the oil refineries to lower cost.

"RIL moved from a net cash position at the beginning of the year, to a marginal net debt level during the course of the year as it drew down on funding to part finance the expansion of its petrochemical capacities and setting up the new gasification plant and gas cracker refinery over the next two to three years," the annual report said.